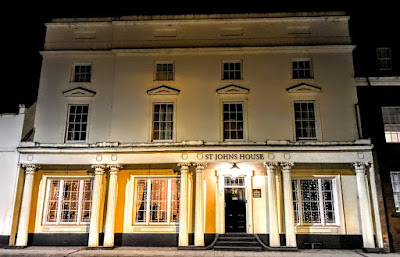 I have been staying overnight in St John’s House on Saint John Street, Lichfield, and plan to visit both Saint John’s Hospital, where the chapel played an important part in the development of my adult faith from the age of 19, and Lichfield Cathedral before catching the train to Birmingham for a meeting of USPG regional volunteers.

I first stayed in this house about seven or eight years ago in March 2010, but have not been back since, usually staying at the Hedgehog Innkeepers’ Vintage Inn at the top of Beacon Street, on the corner of Stafford Road.

I was interested to learn last night that the four-bay colonnade at the façade of St John’s House is said to replicate the columns on the Tower of the Winds in Athens. St John’s House is an interesting house and one of the oldest houses in the centre of Lichfield. It is a listed grade II* Georgian house, and has been listed since 1952.

Today, St John’s House is a treasure trove. During his work on the house, Johann Popp came across many interesting items, including the original living room mantelpiece that had been buried in the garden. The former billiards room still has the old billiard cue holder in the corner and also has a Victorian open fireplace for winter months. 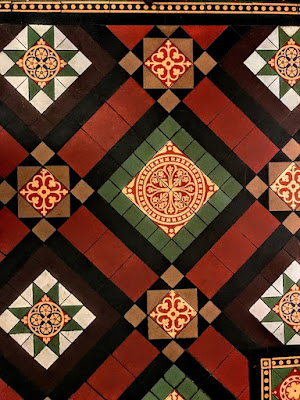 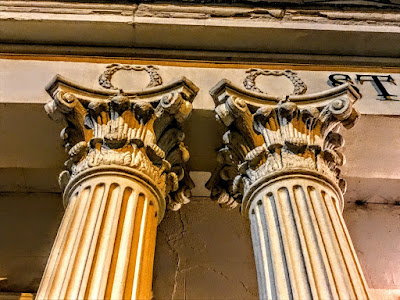 Other features from this time include the decorative stucco façade, including the pedimented windows on the first floor (where I am staying in the Victoria Room), and much of the cornicing and plaster-work. 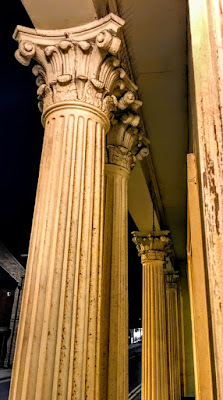 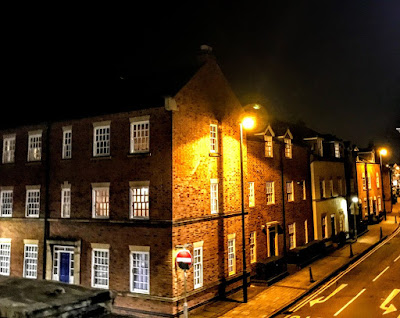 The names of the rooms reflect the history of the house, including Francis, Coyney, Tottingham, Holmes, Peake, Simmonds and St John’s Suite, as well as the Terrace, and the Victoria, Peacock, Cottage and Garden rooms. When I arrived last night, Dan immediately upgraded me from the Holmes Room to the Victoria Room, with a view onto Saint John Street at the junction with Frog Lane. 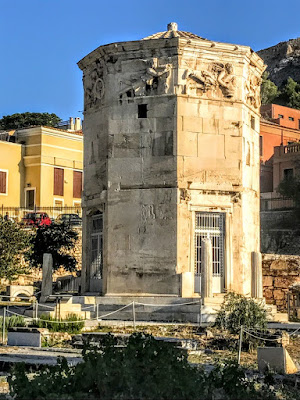 The Tower of the Winds in Athens … said to have partly inspired the four-bay colonnade at St John’s House (Photograph: Patrick Comerford, 2017)