Following the Stations
of the Cross in Lent 35:
Lichfield 3: First Fall 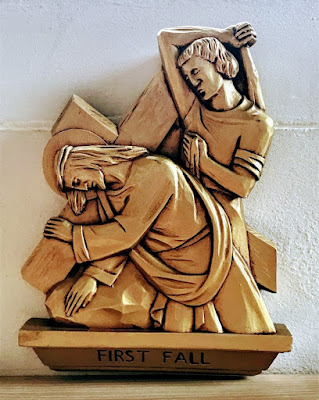 Having received the Cross, Christ has turned around is on his journey to Calvary. Christ’s three falls depicted traditionally in the Stations of the Cross (Stations III, VII and IX) are not recorded in any of the Four Gospel accounts of the Passion.

As the piety around this traditional station developed, perhaps people recalled Christ’s words: ‘Come to me, all you that are weary and are carrying heavy burdens, and I will give you rest. Take my yoke upon you, and learn from me; for I am gentle and humble in heart, and you will find rest for your souls. For my yoke is easy, and my burden is light’ (Matthew 11: 28-30).

Now his yoke is not easy and his burden is heavy. But he remains gentle and humble in heart as a Roman soldier takes a stick to beat him. He is going to fall twice again. 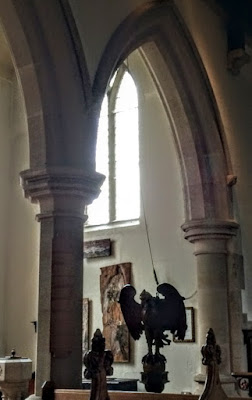