How we can accept ‘the staggering
readiness of God to forgive’ 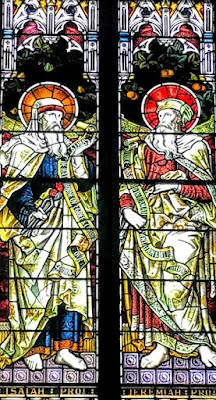 The Fifth Sunday in Lent,

Throughout these Sundays in Lent, our Old Testament readings this year (Year B) are focusing on covenantal relationships with God:

● On the First Sunday in Lent (18 February), we heard was the story of God’s covenant with Noah, with his descendants and ‘every living creature of all flesh’ (Genesis 9: 8-17).

● On the Second Sunday in Lent (25 February), the reading looked at God’s covenant with Abraham and his offspring after you throughout the generations … an everlasting covenant’ (Genesis 17: 1-7, 15-16).

● On the Third Sunday (4 March), we recalled the Ten Commandments, the symbol of that Covenant given in the wilderness in Sinai (Exodus 20: 1-17).

● On the Fourth Sunday (11 March), last Sunday, we heard the story of the rebellion against that covenant and the serpent of bronze that we interpret as a symbol of the promise of Christ’s coming (Numbers 21: 4-9).

● This Sunday, the Fifth Sunday in Lent (18 March), we hear of the promise to Jeremiah of a new covenant that will be like the covenant between a husband and wife and that will be written in the hearts of the people (Jeremiah 31: 31-34).

● Next Sunday, on the Sixth Sunday in Lent (Palm Sunday, 25 March), the theme of rebellion against God is addressed once again, with the promise of a new covenant ushered in by the suffering servant (Isaiah 50: 4-9a).

So, today’s Old Testament reading follows those readings about Covenant, and rebellion against Covenant, with the promise of a true Covenant.

This prophecy was written after the fall of Jerusalem in 587 BC. The American theologian Walter Brueggemann says this passage ‘is pivotal for both Judaism and Christianity.’

Jeremiah has spent much time and energy pointing out to Israel how down through the generations the people have systematically violated the covenant that was agreed between God and the people on Mount Sinai. They have violated the Ten Commandments through an economic policy that abused the poor, through a foreign policy that depended on military might, by theological practice that offended God, and by illusions of privilege before God.

Such violation brings with it, so say these poets, severe sanctions, leading to the destruction of Jerusalem and the deportation of its leading residents.

In the wake of brokenness and the inevitable shame, defeat and anxiety that come with that, Jeremiah in this reading asserts God’s resolve to renew the covenant that has been broken by ancient Israel (Jeremiah 31: 31-34).

Collective sin, in which descendants were punished for the wrong-doing of their ancestors and their families (verse 30), will be replaced by personal sin or sin that counts in only one generation. Punishment will no longer extend beyond a lifetime. Instead, God now promises to ‘make a new covenant’ (verse 31) with all the people.

The law, once written on stone tablets, will be written ‘on their hearts’ (verse 33) –each individual will recognise God in all actions, in every situation: each person will approach God in a godly way. God will forgive them for turning against him (their ‘iniquity’) and forget all the ways they have deviated from his way.

The psalm this morning (Psalm 51: 1-13) speaks of rebuilding Jerusalem (verse 18), and places its emphasis on individual sin, while it prays for personal pardon and restoration. The psalmist even asks God to turn a blind eye to this sin.

In the verses that follow our Old Testament reading (verses 36-40), Jeremiah says this new agreement will last for ever, and that ‘the days are surely coming’ when God’s people will be so numerous that Jerusalem will need to be enlarged.

This will be a renewed covenant, but one that stands in continuity with the covenant made on Mount Sinai. What guarantees continuity from that old broken covenant to this new covenant is that both depend on the mutual fidelity of God and the people.

The difference this time, though, is that the people will be ready to obey, which was not so in the past. The covenant now will be a glad practice of mutual fidelity. For all people, this is a genuine new beginning.

The ground for this new beginning is found in God’s willingness to begin anew. God, says Jeremiah, is ready to forgive and to forget, so that the renewed relationship is one of generosity and grace on God’s part. 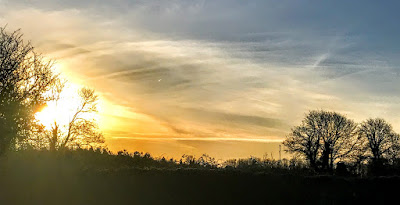 1, The divine promise of a new covenant means God resolves to restore his relationship with the Jews deportees in Babylon. This involves returning home to Jerusalem and a new beginning in faith for these people.

2, The early Christians experienced in Christ this promise of a new covenant and a new relationship with God. But they wanted to do so in the categories of Old Testament expressions of faith and relationship. Which helps to explain how our Epistle reading shows how they were trying to work out these ideas (Hebrews 5: 5-10), and the idea in this epistle that in Christ God has made a new beginning.

3, God’s gracious generosity permits forgiveness and reconciliation, even for those who do not merit such grace. Brueggemann calls this claim, grounded in the oracle of Jeremiah, ‘the staggering readiness of God to forgive.’

4, He goes on to ask what a renewed covenant in our society would look like and how it would be undertaken. He identifies the two ingredients for such renewal as a capacity for ‘forgiving and forgetting,’ and a new readiness to obey God.

Are there modern, contemporary parallels of the predicament that Jeremiah finds?

In a sermon some years ago [October 2011], Walter Brueggemann said: ‘There is no doubt that ‘Occupy Wall Street’ is a vivid and unmistakable instance of a broken social covenant whereby too many are shut out of the economic covenant that makes society possible and workable.’

When we think about ‘forgive and forget’ in our society, it contradicts the prevailing patterns in our society, where nothing is ever forgiven and nothing is ever forgotten: the Ulster Covenant, the Men of the Somme and whether they were stabbed in the back by the men of 1916, the War of Independence, the Civil War, the ‘Troubles.’ When and where can we ever think about ‘beginning again’? But God’s generosity reaches beyond our need to be satisfied by retaliation.

And in a renewed, covenantal society, would our values revolve around the command to love our neighbour?

What are the political, social and economic implications of that?

No-one is to be excluded from this new relationship with God. In our Gospel reading (John 12: 20-33), some gentiles, some Greeks, travel to Jerusalem, probably because they believe in God. But they were probably excluded, made to feel outsiders, because of their background in language, culture and ethnicity.

Having been turned first time round, they get their request to see Jesus (verse 21) to understand his message, to Andrew and Philip (verse 22), the two disciples with Greek names.

Christ takes this opportunity to talk about a new relationship with God that is going to bears fruit with new opportunities for us to take part in God’s glory, in his presence. There will be new beginnings.

God invites us to a fresh generosity, to move beyond petty and deep resentment, to embrace each other. Brueggemann says: ‘Where there is no forgiveness and no forgetting, society is fated to replay forever the same old hostilities, resentments, and alienations. What forgiveness accomplishes, human as well as divine, is to break the vicious cycles of such deathly repetition.’

In our Gospel reading, the Disciples are still not sure about what is going to happen, and they are anxious and afraid.

So often we fall back on old anxieties and old fears as a way of defending ourselves, but instead we end up isolating ourselves.

What if Christ is right this morning?

If he is right, then we have no need to fear. We need to follow. When Christ is lifted up, he draws all people to him: the Greeks who are telling Philip and Andrew that they want to see Christ, but are put on hold; the Pharisees who fear Christ is stirring up the people; the prophets of doom; and the peasants just trying to get by.

Jeremiah continues to challenge us about what we need to do, and to remind us of what does not need to be. And he reminds us that God invites us to move beyond what we think is our ‘fate’ to what is truly our possibility.

The God who Christ proclaimed, the God who created the universe, is still drawing the universe toward the justice for which it aches. That God is calling. Lent reminds us that the days are surely coming. God wants to inscribe God’s just and liberating word on our hearts, and for all, from the least to the greatest, to know it, to experience it, and to celebrate it.

This sermon was prepared for the Fifth Sunday in Lent, 18 March 2018. 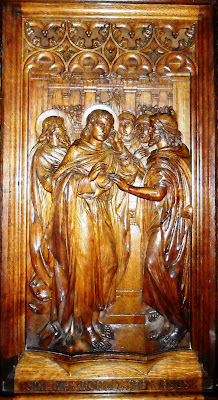 ‘Sir, we wish to see Jesus” … a carving of Saint Philip on the pulpit in Saint Philip’s Church, Leicester (Photograph: Patrick Comerford)

The Collect of the Day (the Fifth Sunday in Lent): 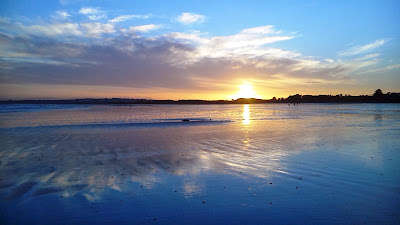 Posted by Patrick Comerford at 12:51