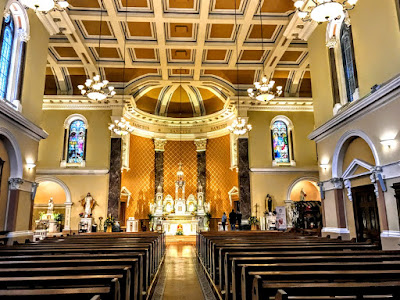 Limerick has been paying tribute today to Dolores O’Riordan, who died a year ago on this day. The lead singer of the Cranberries died on 15 January 2018 at the age of 46.

When she died, I found myself listening a number of times to Zombie, the protest song recorded by the Cranberries. She wrote the song about the 1993 IRA bombing in Warrington, and in memory of the two young victims, Johnathan Ball and Tim Parry.

The song was released 25 years ago in September 1994 as the lead single from their second studio album, No Need to Argue. The song reached No 1 in the charts in many countries, won the ‘Best Song’ award at the 1995 MTV Europe Music Awards.

In 2011, Archbishop Justin Welby, when he was Dean of Liverpool, invited me to preach at the Annual Judges’ Service in Liverpool Cathedral. In my sermon, I pointed out that the Warrington bombers who murdered Tim Parry and Johnathan Ball in 1993 ‘never faced justice.’

Colin Parry’s father Tim Parry learned for the first time last year that Dolores O’Riordan’s song Zombie had been inspired by his son’s murder. He told BBC’s Good Morning Ulster programme he had been touched by the lyrics but had not known their significance until after the singer’s death.