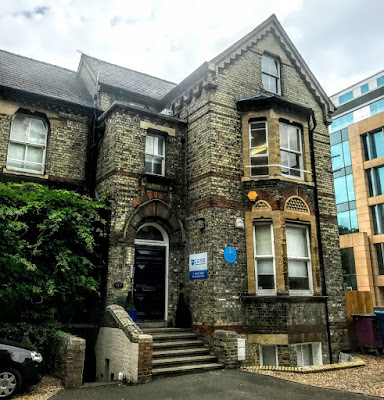 On my way to the USPG conference at High Leigh in Hoddesdon, I spent a few hours in Cambridge yesterday morning [24 June 2019], browsing in some of my favourite bookshops and dropping in to Sidney Sussex College to see the wisteria that remains in Hall Court.

As I walked along Station Road from the train station to the centre of Cambridge, I notice for the first time a blue plaque on a house at 22 Station Road commemorating the Basque refugees children who found solace in Cambridge and refuge from the terrors of the Spanish Civil War just as World War II was about to break out.

This plaque on Station Road in Cambridge reads:

From January 1938 to November 1939
twenty-nine Basque Children, refugees
from the Spanish Civil War, were
cared for by local volunteers in
this house provided by
Jesus College.

The destruction of Guernica during the Spanish Civil War inspired Pablo Picasso’s masterpiece of the same name. But it also brought almost 4,000 children from Spain to Britain as refugees.

Public opinion in Britain was outraged by the destruction of Guernica, the first-ever saturation bombing of a civilian population. The Basque government appealed to foreign nations to give temporary asylum to the children, but the British government adhered to its policy of non-intervention.

The Duchess of Atholl, who was President of the National Committee for Spanish Relief, launched a campaign calling on the British government to accept the Basque children. Finally, the British Government conceded and granted permission, albeit reluctantly.

However, the government refused to be responsible financially for the children, claiming this would violate the non-intervention pact and supposed British neutrality in the Spanish Civil War. The government demanded that the newly-formed Basque Children’s Committee guarantee 10 shillings a week for the care and education of each child – 10 shillings or 50p may not seem much today, but it was the equivalent of about £33 in 2019 spending power.

The children left for Britain on the steamship Habana on 21 May 1937. Each child had been given a cardboard hexagonal disc to pin on his or her clothes with an identification number and the words Expedición a Inglaterra (‘Expedition to England’) on it.

Originally, the ship was only supposed to carry around 800 passengers. But when it sailed, it carried 3,480 children, 80 teachers, 120 helpers, 15 Roman Catholic priests and two doctors. The children were crammed into the boat, and slept where they could, some even sleeping in the lifeboats. The journey was extremely rough in the Bay of Biscay and during the journey most of the children were violently seasick.

The steamer arrived at Southampton two days later, on 23 May 1937. Thousands of people lined the quayside and the children, in spite of their ordeal, were excited, thinking the bunting everywhere was to celebrate their arrival. Later, they realised it had been put up to mark the coronation of King George VI 10 days earlier.

When they disembarked, the children were sent in busloads to a camp that had been set up in three fields at North Stoneham in Eastleigh in south Hampshire. The camp had been set up in less than two weeks thanks to a remarkable effort by the whole community. Volunteers had worked round the clock and all through the Bank Holiday to prepare the cap.

The children were completely unprepared for the camping. Most of them had lived in densely packed flats in working-class districts in Bilboa, one of the most industrialised cities in Spain. Indeed, many of the children did not stay there long. The idea was to send them on to homes or ‘colonies’ as soon as possible. The Basque government insisted they stay in groups in order to preserve their national identity.

The first to offer asylum was the Salvation Army, which offered to take 400. Next was the Roman Catholic Church, with a commitment to take 1,200 children. Little by little, from the end of May, the children left the provisional camp in groups to go to other homes all across Britain and staffed and financed by volunteers, church groups and trade unions.

From June 1937 until January 1938, 29 children from the ‘Ayuda Social’ orphanage in Bilbao, whose fathers were militiamen and had been killed in the early stages of the war, were housed in a former derelict vicarage at Pampisford, near Sawston, south of Cambridge. 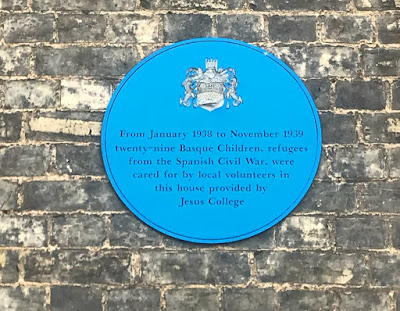 The plaque at 22 Station Road, Cambridge, recalls a time when refugees were welcome in Britain (Photograph: Patrick Comerford, 2019)

They were transferred in January 1938 to a house in Station Road, Cambridge, leased by Jesus College. They would stay there until November 1939. The Cambridge colony was considered one of the most privileged.

All the children had been brought up in an intensely political atmosphere and they were very receptive to and benefited from the support of local academics and students. A programme of child-centred educational activities was drawn up, with the mornings being dedicated to schoolwork, and the afternoons to painting, music and handicrafts.

The children produced their own monthly magazine Ayuda. Their music teacher was the Spanish composer and pianist Rosa García Ascot, also known as Rosita Bal (1902-2202), a pupil of the Spanish composer Manuel de Falla (1876-1946). She trained them in music and dances that they performed in concerts all over East Anglia and London.

At the time, the Cambridge classicist Professor Francis Cornford (1874-1943) of Trinity College Cambridge, was Laurence Professor of Ancient Philosophy. His son, the poet John Cornford (1915-1936), had been killed fighting with the International Brigade in Spain. Professor Cornford invited the children to spend a month in the summer of 1938 at his mill at Ringstead, on the Norfolk coast.

The Dean of Saint John’s College, Cambridge, the Revd Dr Hugh Fraser Stewart (1863-1948), and his wife Jessie were also involved actively with the children. They offered them hospitality, and their daughter Frida organised fundraising tours throughout Britain for the Cambridge colony’s concert party. Incidentally, it was also Hugh and Jessie Stewart who took TS Eliot to Little Gidding on 23 May 1936, a visit that Jessie had been proposed a decade earlier. Eliot’s interest had been aroused by a play he had been given to read by George Every, dealing with the contact Charles I had had with the Little Gidding community in 1646.

After the fall of Bilbao and Franco’s capture of the rest of northern Spain, the process of repatriation began. By the late 1940s, most of the children had been reunited with their families, either in Spain or in exile. But over 250 children settled permanently in Britain.

Despite the hardships these children endured, life in the colonies was a unique experience of community living. From a practical point of view, it was a positive experience – there were undoubtedly happy times – nevertheless, they would never forget their underlying sadness and the anxiety of separation from their families.

The plaque today is a reminder of how the rise of far-right populism and nationalism destroyed Europe 80 years ago, and a reminder of why we continue to need European unity and compassion. I wondered yesterday whether children with the same needs would be welcome in Britain today? 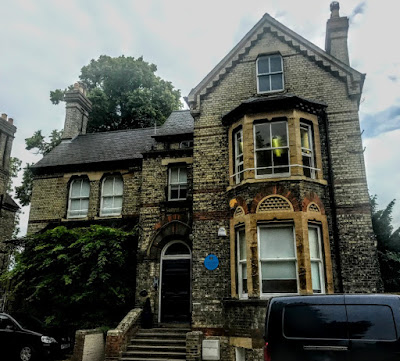