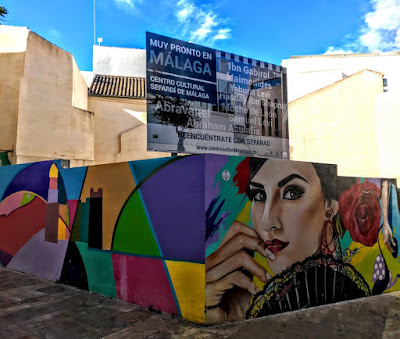 Before leaving Málaga for Cordoba earlier today, I went in search of the Jewish legacy of Málaga and the old Jewish quarter or Juderia.

This part of the Iberian peninsula was an important colony in the Roman Empire. From here, and the Jewish community traded freely with other cities along the North African coast. But when the Visigoth hordes arrived, Jews were almost totally enslaved, and by 711 there were no Jews publicly practising in Málaga.

Life under Muslim rule attracted many Jews back and by the mid-11th century the Jewish population had reached 200.

However, the Jews of Málaga were expelled like all Jews in Spain during the reign of Ferdinand and Isabella in 1492, at the height of the Spanish Inquisition. Some of the estimated 100,000 to 200,000 Jews living in Spain at the time converted to Catholicism and stayed, but the majority migrated to North Africa, the Balkans and what was then the Ottoman Empire, bringing their Spanish language and culture with them.

Spain was once home to one of the most populous and productive Jewish civilisations in the world, and all Sephardic Jews who can prove their origins are being invited back to live in Spain, offering dual citizenship. Sephardic organisations estimate that as many as 3.5 million Jews could potentially apply for a Spanish passport. 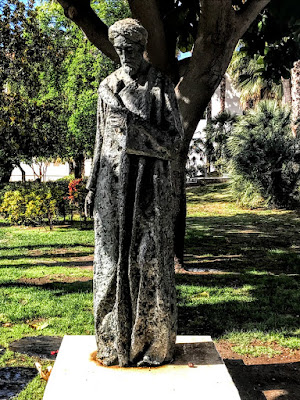 Little is left of the old Juderia, the former Jewish quarter near the Picasso Museum, apart from its name. On Calle Alcazabilla, opposite the Roman Amphitheatre and under some trees, is a bronze statue of Ben Gabirol, also known as Solomon ibn Gabirol (1021-1058), the Jewish poet and philosopher.

He was born almost 1,000 years ago and was an important and influential thinker also known as Avicebron. He is known in the history of philosophy for the idea that all things, including soul and intellect, are composed of matter and form (‘Universal Hylomorphism’), and for his emphasis on the divine will.

Now, after five centuries, Sephardic life is returning to Málaga in the form of a new heritage and community centre. Jews started to return to Málaga in significant numbers in the early 1960s, coming mainly from North Africa, and the city now has a thriving Jewish community, with more than 1,200 people and Málaga has a synagogue and a kosher deli.

Plans for a centre in Málaga dedicated to the legacy of Spain’s Sephardic Jews have been stop-and-go in recent years. The new centre is on a plot of land between Calle Granada and Calle Alcazabilla, the Plaza de Judería marks the heart of the former Jewish quarter.

The vision is for a Sephardic Cultural Centre focussing on the legacy of the flowering of Jewish thought in Spain in the 15th century and on the thinkers of the Sephardic diaspora following their expulsion in 1492.

The €2 million project was first proposed almost 20 years ago but has been delayed because of a shortage of funds. A new architect, Leon Benacerraf, took over the project recently, changes were made to the plans, including an interior courtyard, and work was due to begin this year.

The new two-storey centre will house a synagogue and include an exhibition space, a study centre and a location for cultural activities. Different parts of the museum will focus on the great Sephardic intellectuals of Spain, the flowering of Jewish thought in Spain in the 15th century, the Sephardic literary tradition, the community’s architecture and the heritage of the Sephardic diaspora.

The centre will be supported by institutions including the University of Málaga, while the honorary president of the foundation managing the centre will be the former US ambassador to Spain, Alan Solomont.

The centre will highlight the ‘literary and intellectual wealth of a community that has given us great thinkers, but about which we know hardly anything,’ according to the future curator, publisher and journalist Basilio Baltasar.

There are hopes to finish the project by 2021, in time for the programmes to celebrate the 1000th anniversary of the birth in Málaga of the poet and philosopher Solomon ibn Gabirol. 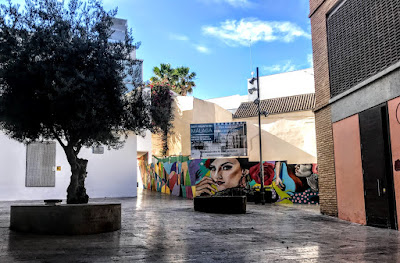