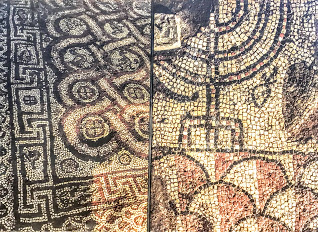 After writing about my visit last week to the archaeological site of Albania’s earliest synagogue in Sarnada, I was reminded of the remarkable story of how almost all Jews in Albania during World War II were saved from the Holocaust.

It is a remarkable record that cannot be claimed in any other occupied country in Europe, and it is all the more remarkable in some people’s eyes because Albania is Europe’s only country with a Muslim majority.

Albania was the only Nazi-occupied country in Europe to see an increase in its Jewish population by the end of World War II. How did this happen? Why was Albania good to its Jews?

The story of the Jews in Albania dates back about 2,000 years. It is said the first Jews may have arrived in Albania as early as 70 CE, following the destruction of the Temple in Jerusalem.

By the early second century CE, a considerable number of Romaniote or Greek-speaking Jews had migrated to what is now northern Albania.

The first synagogue in Albania was built in the southern port city of Saranda in the fifth century.

Benjamin of Tudela visited the area in the 12th century, and recorded that the presence of Jews. More Romaniote or Greek-speaking Jews from Greece migrated to Albania, at the end of the 14th century, bringing with them their unique customs and traditions.

When Jews were being expelled from Spain and Portugal by the Inquisition at the end of the 15th century, the Turkish Sultan invited Jews to live under the protection of Muslim rule in the Ottoman Empire, bringing new numbers of Sephardic Jews to Albania. The Jewish communities in Albania were enriched by the arrival of Jews from Italy, especially from Apulia.

By the early 16th century, there were Jewish settlements in most major cities in Albania, including Berat, Elbasan, Vlora and Durrës, and there were Jews too in Kosovo. In Vlora alone, there were 609 Jewish households in 1520.

The charismatic Jewish sectarian leader Sabbatai Zevi was exiled by the sultan in 1673 to the Albanian port of Ulqin, also called Ulcinj and now in Montenegro, and he died there three years later.

Although life for Jews was not always perfect in Albania, it was effectively a safe haven for centuries. Jews continued to migrate from Greece in the 18th and early 19th centuries, arriving in Albania, settling in Vlora.

The Albanian census of 1930 shows only 204 Jews living in the country at the time. When the Jewish community was granted official recognition on 2 April 1937, it had about 300 members.

Until World War II, the Jews of Albania maintained contact with the Jews of Ioannina and Corfu in Greece, and relied on these larger and more established communities to meet their religious needs periodically, providing a rabbi, cantor, and mohel, the person who performs ritual circumcision.

With Hitler’s rise to power in Germany and increasing antisemitism across Europe, Jews began migrating from their homes in western and central Europe.

By the outbreak of World War II, between 600 and 1,800 Jewish refugees had arrived in Albania, from Germany, Austria, Serbia, Greece, and Yugoslavia, on their way to the US, South America, Turkey, and Palestine.

On the whole, Albania did not discriminate against its Jews and had a liberal process for visa applications. When the US closed its door to European Jews in 1938 and the Italians invaded Albania in 1939, they realised that they would have to stay in Albania for the duration of the war. They were not to know how fortunate a choice this would prove to be.

The Italians introduced some anti-Jewish measures in Albania, but the restrictions were not s harsh or severe as those in German-occupied countries. Jews were allowed to celebrate holidays, did not need to hide their identity, and in Albania proper were not required to wear an initial ‘J’ or the word ‘Jew’ on their clothes.

However, life was different in annexed territories such as Kosovo, which was brought under Albanian control in 1941. The Germans demanded that the Jews of Pristina were handed over. The Italians refused, but eventually agreed to hand over prisoners. Among those prisoners, 60 Jews were then murdered.

Jewish refugees from other parts of Yugoslavia who had reached Pristina were transported to the older areas of Albania, where they were housed in a camp at Kavaje. Eventually there were 200 refugees in this camp. The conditions there were poor, but the detainees could leave the camp during the day.

About 100 Jewish men from Pristina were taken to Berat, where they were joined later by their families. There, many were aided and protected by local Albanians. Smaller numbers of Jewish refugees found their way to other parts of Albania, including the capital Tirana. Eventually, many of these Jews were turned over to the Nazis, and 400 were deported to Bergen-Belsen.

At the Wannsee Conference in 1942, Adolf Eichmann put the number of Jews in Albania at 200. But Jews in Albania were protected by the local Christian and Muslim people, and this protection continued even after the occupation of Albania by Nazi forces after the capitulation of Italy on 8 September 1943.

When the Germans requested a list of Jews living in Albania, the Albanian government refused, reassuring the Jews that they would be protected in their country. However, this did not remove all potential danger from the Jews of Albania.

In Vlora, the Jewish population was almost wiped out when the Nazis prepared a list and planned to arrest them. However, the partisans came down to the city, that night and began singing and dancing as a symbolic gesture of defiance. The Germans decided to leave that night, and the lives of the Jews of Vlora were saved.

Albania’s first synagogue was built in Onchesmos or Saranda in the fourth or fifth century (Photograph: Patrick Comerford, 2019)

The story is told throughout Albania that Albert Einstein used Albania as a transit point through Central Europe, that he was sheltered in Tirana and was issued with an Albanian passport by King Zog, which he subsequently used to escape to the US.

The Holocaust exhibition in the National History Museum in Tirana includes a photograph of Einstein, with by a caption repeating this story. The story also appears in a film documentary Rescue in Albania (2009), in many social media posts, and was repeated by Albania’s Deputy Foreign Minister, Edith Harxhi, at an OSCE conference in 2013.

However, according to the Albert Einstein Archives in Jerusalem, there is no evidence to support claims that Einstein ever set foot in Albania or was given an Albanian passport. Einstein’s biographer Walter Isaacson concurs, saying Einstein never visited Albania and used a Swiss passport to travel to the US.

During the regime of Enver Hoxha, all religions were banned in Albania, including Judaism. In the post-communist era, these policies have been abandoned and freedom of religion is permitted. Throughout the years of the Hoxha regime, Albania’s Jewish community remained isolated from the Jewish world.

There are few remaining, practicing Jews in Albania today, with many Jews having moved to Israel. There are around 40 to 50 Jews in Albania, with most in the capital, Tirana.

A new synagogue, Hechal Shlomo, started providing services for the Jewish community in Tirana in December 2010. There is a synagogue in Vlorë, although it is no longer in use. An old synagogue was discovered by archaeologists in recent decades in Saranda, which I visited last week.

Rabbi Joel Kaplan was inaugurated as the first Chief Rabbi of Albania in 2010 by the Prime Minister of Albania, Sali Berisha, and Sephardi Chief Rabbi of Israel, Shlomo Amar, although his appointment has been contested by many members of the Jewish community who denies Kaplan's status of chief rabbi.

Of course, the story of Albanian Jews during the Holocaust is not complete without recounting the Albanians, both Muslim and Christian, who defied the Nazis and hid hundreds of Jews in their homes, preventing them from being murdered.

‘Besa: A Code of Honour’ – an exhibition in Yad Vashem, the Holocaust museum in Jerusalem – discusses Muslim Albanians who rescued Jews during the Holocaust.

At a time when the world closed its doors, Albania opened its arms in hospitality. Even in the midst of devastation and death, there were heroes and rescuers.