How to pray to God,
instead of an example
of how to prey on people 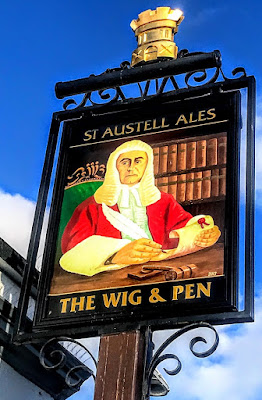 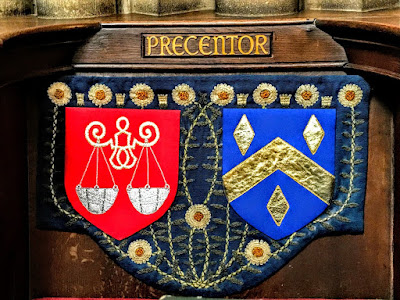 An emphasis on justice is found in this morning’s readings … the scales of justice depicted on the Precentor’s Stall in the choir in Lichfield Cathedral (Photograph: Patrick Comerford)

Our readings this morning offer an opportunity to reflect on what we mean by law and justice.

In the Old Testament reading, the Prophet Jeremiah speaks on behalf of God, when the people have been restored and know about justice and mercy, and he says:

The portion of Psalm 119 we read talks about love of the Law, and declares:

‘Lord, how I love your law!
All the day long it is my study
Your commandments have made me wiser than my enemies,
for they are ever with me’ (Psalm 119: 97-98).

In the New Testament reading, Saint Paul reminds Saint Timothy that they are ‘in the presence of God and of Christ Jesus, who is to judge the living and the dead’ (II Timothy 4: 1).

The Gospel reading tells us the well-known parable of the ‘Unjust Judge,’ a judge ‘who neither fears God nor has respect for people,’ and how he is forced to grant justice to a widow who keeps coming to him, saying, ‘Grant me justice against my opponent.’

Does the judge abandon his sense of impartiality when it comes to the administration of justice?

Is this a judge who exercises his office without fear or favour?

Is this not what happened in Nazi Germany, in apartheid South Africa, or in racist states in the American ‘Deep South’?

When we find ourselves saying we cannot accept a judgmental God, is that because our image of a judge is of a distant figure who applies the full rigour of the law, rather than an accessible figure who dispenses justice and mercy?

These contrasting images of God are found too in our Old Testament reading (Jeremiah 31: 27-34); it concludes:

Who is ‘the least of them’ in our readings this morning?

Certainly, a widow would fall into that category at the time of Christ. She would have no man to argue her case for her, and so would go unheard. All other cases – commercial, civil and criminal – would take priority in the courts before her request to be heard.

We are reminded this morning that a true relationship with God is marked by love – God’s love for us, our love for God, and our love for others.

And so, may all we think, say and do be to the praise, honour and glory of the just, loving and merciful God, + Father, Son and Holy Spirit, Amen. 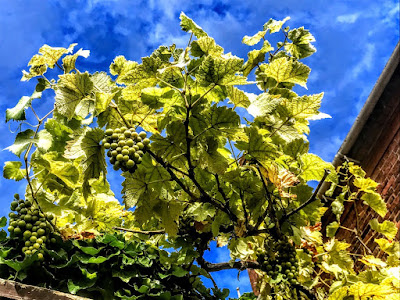 In those days they shall no longer say: ‘The parents have eaten sour grapes, and the children’s teeth are set on edge’ (Jeremiah 31: 29) … grapes on a vine in Lichfield last month (Photograph: Patrick Comerford, 2019)

18 Then Jesus told them a parable about their need to pray always and not to lose heart. 2 He said, ‘In a certain city there was a judge who neither feared God nor had respect for people. 3 In that city there was a widow who kept coming to him and saying, “Grant me justice against my opponent.” 4 For a while he refused; but later he said to himself, “Though I have no fear of God and no respect for anyone, 5 yet because this widow keeps bothering me, I will grant her justice, so that she may not wear me out by continually coming”.’ 6 And the Lord said, ‘Listen to what the unjust judge says. 7 And will not God grant justice to his chosen ones who cry to him day and night? Will he delay long in helping them? 8 I tell you, he will quickly grant justice to them. And yet, when the Son of Man comes, will he find faith on earth?’

‘Grant me justice against my opponent’ (Luke 18: 3) … a painting by Una Heaton in a pub in Adare, Co Limerick (Photograph: Patrick Comerford) 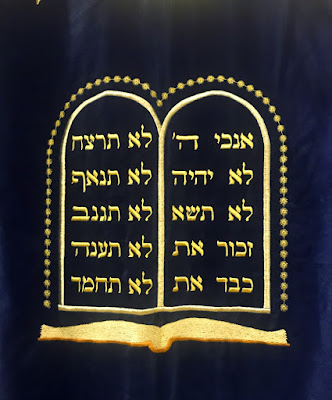 ‘Your commandments have made me wiser than my enemies, for they are ever with me’ (Psalm 119: 98) … the Ten Commandments woven on the mantle on the Aron haKodesh or Holy Ark in the Nuova or New Synagogue in Corfu (Photograph: Patrick Comerford, 2019)