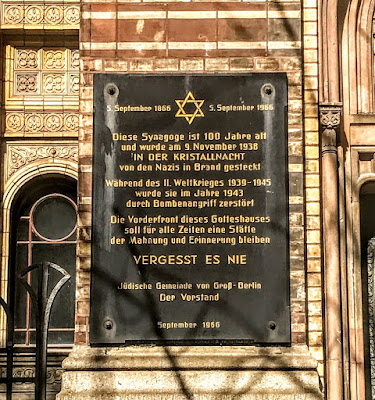 I have wondered out loud in the past few weeks whether Donald Trump has brought the US close to the point where Germany was on the eve of Kristallnacht, and whether the armed thugs and gangs who have taken to the streets in support of him should be compared to the Brown Shirts and members of Hitler Youth who took to the streets of Germany in support of Hitler.

But this morning, Trump must be preparing to pack his bags and leave the White House. The attacks on synagogues, churches and mosques may continue in the months ago, swastika waving neo-Nazis, masked members of the Ku Klux Klan and armed militias may continue to strut the streets, and intimidation and violence may be slow to peter out. The end is not over, but the beginning of the end has dawned.

This may well be the first time in modern history that an authoritarian megalomaniac who has hijacked the democratic process has been ejected from office through the very democratic.

As this year’s commemorations of the 75th anniversary of the end of World War II begin to draw to a close, it is worth remembering that tonight marks anniversary of Kristallnacht, the night of 9/10 November 1938, when Nazi Party members, the Hitler Youth and other people went on a government-sanctioned rampage against Jews throughout Germany and Austria.

That night 82 years ago is remembered as Kristallnacht or the ‘Night of Broken Glass,’ and many say it marks the unofficial beginning of the Holocaust. 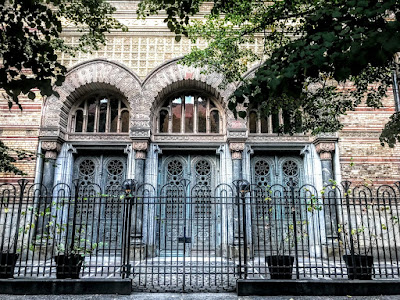 The New Synagogue on Oranienburger strasse in Berlin narrowly escaped being destroyed that night through the brave intervention of a district police chief, Wilhelm Krützfeld. It is around the corner from Tucholsky strasse, where I stayed in Berlin two years when I was visiting synagogues, museums, houses, factories and hiding places, and the former concentration camp at Sachsenhausen.

Five years before Kristallnacht, Daniel Anthony Binchy (1899-1989), the Irish minister (ambassador) in Germany in 1929-1932, wrote a paper for the Jesuit journal Studies in March 1933, warning of Hitler’s imminent rise to power and the threat he posed to Germany’s Jews and to peace in Europe.

Within weeks, on the night of 10 May 1933, the Nazi Propaganda Minister, Joseph Goebbels, organised a nationwide book burning, when more than 20,000 books were thrown onto a massive bonfire in the middle of the Bebelplatz. The books included works by journalists, writers, scientists and philosophers, as well as works by Jewish writers, including Sigmund Freud and Karl Marx.

Binchy’s warnings were prescient, and although he was largely ignored, his sharp analysis shows Europe knew the dangers Hitler posed six years before World War II.

My generation may be the last to say we met and knew survivors of the Holocaust. The anniversary of Kristallnacht today is one opportunity to ensure their stories continue to be told, that the memories are handed on to the generations that follow, and that authoritarian megalomaniacs can continue to threaten the democratic institutions that guard and protect our liberties if we are not ever vigilant.

Later this evening (Monday 9 November 2020), at 6 pm, the Holocaust Education Trust of Ireland is marking the anniversary of the November Pogrom or Kristallnacht on the night of 9 November 1938 with an online commemoration. Details are available HERE. 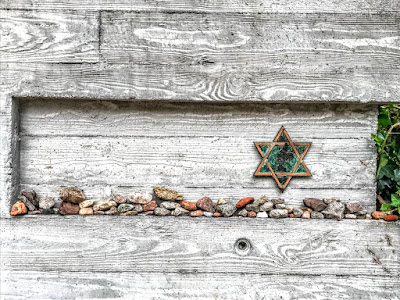 Stones on the wall of the Jewish cemetery in Berlin and a Star of David remember the dead (Photograph: Patrick Comerford)