Some thoughts of love
for Saint Valentine’s Day

Many people, especially young couples, are more likely to think of tomorrow [14 February 2021] as Saint Valentine’s Day than as the Sunday before Lent or Transfiguration Sunday.

Despite the pandemic restrictions, thousands of locks may be secured to bridges and fences across Europe, people will try to visit Juliet’s supposed balcony in Verona, and many people may want to visit the Carmelite Church in Whitefriar Street, Dublin, where Saint Valentine’s reliquary is traditionally taken from a special shrine in a side chapel and placed before the High Altar.

Yet, despite his popularity, we know nothing reliable about Saint Valentine apart from his name and the tradition that he died a martyr’s death on 14 February on the Via Flaminia, north of Rome. Many of the stories about his life are mythical and unreliable.

Popular legend says Valentine was a Roman priest who was martyred during the reign of Claudius II, Claudius Gothicus. He was arrested and imprisoned when he was caught marrying Christian couples and helping persecuted Christians.

Many of the legends about Saint Valentine can be traced only to 14th century England and the writings of Geoffrey Chaucer and his circle, when 14 February was already linked with romantic love.

Because of these myths and legends, Saint Valentine was dropped from the Roman Catholic Calendar of Saints in 1969. Nevertheless, the ‘Martyr Valentinus who died on 14 February on the Via Flaminia close to the Milvian Bridge in Rome’ is still on the list of officially recognised saints.

Although the story of Saint Valentine is inextricably linked with romantic young love, it is good to be reminded of love as we prepare for Lent, which begins next Wednesday, and that our Lenten pilgrimage is a journey towards fully accepting the love of God offered to us through Christ on Good Friday and Easter Day.

The Collect of Trinity VI: 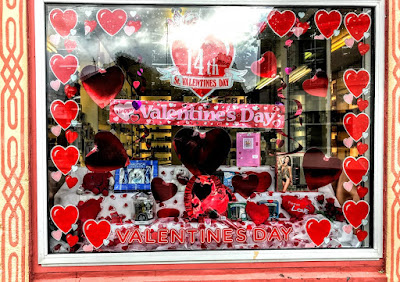