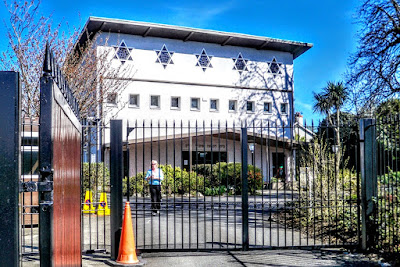 Today is the Third Sunday of Easter (Easter III, Sunday 18 April 2021). This week, I am offering photographs of synagogues that have welcomed me over the years and offered a place of prayer and reflection.

This morning’s photographs are from the synagogue of the Dublin Hebrew Congregation at 32a Rathfarnham Road, Terenure, Dublin.

I was born in a house on Rathfarnham Road, opposite the then Classic Cinema and between the old Terenure Laundry and the new site for Terenure Synagogue.

The synagogue dates back to a meeting in 1936 to set up a synagogue in the Rathmines, Rathgar or Terenure area to cater for the young families now living in these suburbs and who found it was too far to walk on Saturdays and Festivals to the synagogues on Adelaide Road and at Greenville Hall on the South Circular Road.

The congregation moved from Rathmines to a Nissen hut in the grounds of ‘Leoville’ on Rathfarnham Road on Rosh Hashanah, 4 October 1948. Building work on the new synagogue began in August 1952, and it was completed and dedicated on 30 August 1953.

The synagogue was designed by the architect Wilfrid Cantwell (1921-2000). He worked with Michael Scott, alongside Kevin Roche, Kevin Fox and Robin Walker, and worked on Bus Arús, Dublin, and later worked with JN Kidney before setting up his own practice (1947-1975). He attained distinction in the area of church architecture, particularly in years immediately after Vatican II. From 1976 until he retired in 1993, he specialised as a consultant in church design.

The agreed new synagogue was never built, and Terenure Synagogue is the only major Orthodox synagogue in the Republic of Ireland. 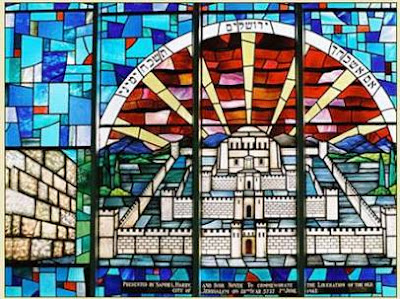 The Prayer in the USPG Prayer Diary today (18 April 2021, Easter III) invites us to pray:

Risen Christ,
open our heart to the stranger.
May we recognise that we are all made in your image,
and let us work together to protect the planet we share. 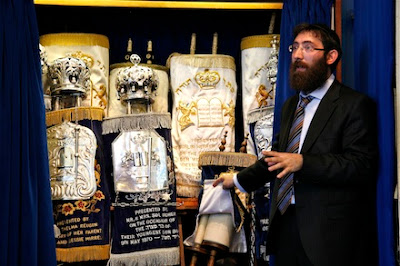 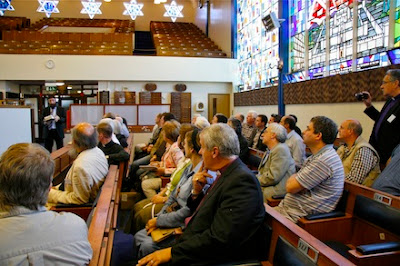