This week, I am offering photographs of synagogues that have welcomed me over the years and offered a place of prayer and reflection. My photographs this morning (21 April 2021) are from the Etz Hayyim Synagogue (בית הכנסת עץ חיים‎, Tree of Life) in Chania, the only surviving synagogue in Crete.

Today, barely more than a dozen Jews live in Crete, and Evraiki, the former Jewish quarter, is now crammed with tavernas, cafés and souvenir shops. Etz Hayyim holds weekly Shabbat services in Hebrew, Greek, and English, and is home to a research library with 4,000 volumes. Rabbi Gabriel Negrin, who was once a student in Crete, regularly comes to Chania from Athens to help with the services on days such as Rosh Hashanah and Yom Kippur. 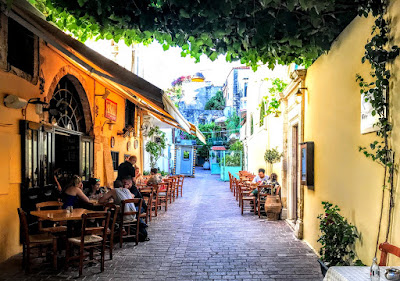 35 Jesus said to them, ‘I am the bread of life. Whoever comes to me will never be hungry, and whoever believes in me will never be thirsty. 36 But I said to you that you have seen me and yet do not believe. 37 Everything that the Father gives me will come to me, and anyone who comes to me I will never drive away; 38 for I have come down from heaven, not to do my own will, but the will of him who sent me. 39 And this is the will of him who sent me, that I should lose nothing of all that he has given me, but raise it up on the last day. 40 This is indeed the will of my Father, that all who see the Son and believe in him may have eternal life; and I will raise them up on the last day.’

The Prayer in the USPG Prayer Diary today (21 April 2021) invites us to pray:

Let us pray for schools in the Oxford Diocese, who have recently started a School Twinning Programme with the Church of South India. May friendships be fostered and skills developed. 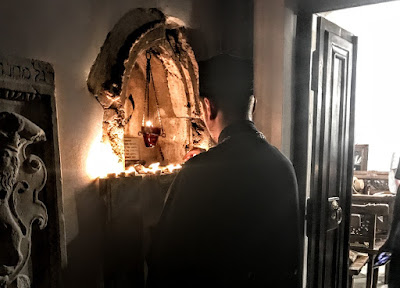