The Church of Ireland – who are we?
Apostolic and catholic,
Protestant and reformed? 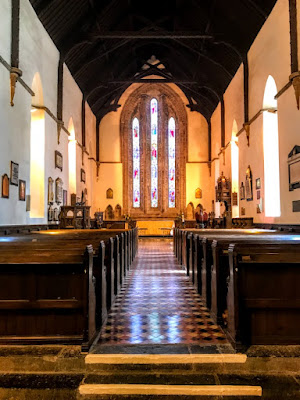 A series of talks for Advent:

The Church of Ireland – who are we?
Apostolic and catholic, Protestant and reformed?

Thank you to the Dean, the Very Revd Rod Smyth, for his invitation and introduction this evening. It is always challenging to be the speaker to set off a series of talks, at any time of the year, but more particularly in mid-winter and mid-pandemic.

Our series this Advent asks the question: ‘The Church of Ireland – who are we?’ But I note that the title for my contribution this evening is the only one with a question mark at the end: ‘Apostolic and catholic, Protestant and reformed?’

All the other speakers are being invited to speak to a statement or declamation: ‘A Liturgical church’, ‘An Episcopal church’ and ‘An ecumenical church.’

The descriptions we have used to define and to delimit the Church have said more about those who define the Church, what they project unto it, than they say about the Church as Christ sees it or prays that it may be.

The Nicene Creed, as we call it, is the definitive credal statement of the Church. It is so central to our understanding of the Church, that many would say who is in and who is out of the Church in the face of all our schisms and divisions.

Some years ago, when I was taking part in an event in an Orthodox church, the local bishop first quizzed me: ‘Do you recite the Nicene Creed … without your fingers crossed behind your back?’

A similar question, half-jokingly and whole in earnest, was also put to me when I spent a week in a monastery on Mount Athos.

So, the Orthodox Church, at least, sees the Nicene Creed as defining who is in and who is out when it comes to defining the limits of the Church. Using the Nicene Creed as the benchmark, it excludes the Jehovah’s Witnesses, the Mormons and many others, such as Unitarians. But, this is difficult for many, because it also excludes the Salvation Army, the Quakers and many Presbyterians today.

The 39 Articles, which are not definitive or credal in themselves, are nevertheless, a good guide to Anglican tradition. Article 8 says three creeds are ‘to be received and believed’: the Nicene Creed, the Athanasian Creed and the creed ‘commonly called the Apostles’ Creed.’

The Athanasian Creed offers no definition of the Church, although it does summarise its propositions by declaring: ‘This is the Catholic Faith,’ and adding, ‘which except a man believe faithfully, he cannot be saved.’

How do the other two creeds, the Apostles’ Creed and the Nicene Creed, define the Church?

The Nicene Creed was translated incorrectly in earlier versions of the Book of Common Prayer, so that it confessed the faith in the singular form, ‘I believe’ rather that ‘We believe’ and confessed belief in ‘one Catholic and Apostolic Church.’

Historically, of course, the Nicene Creed is expressed in the plural, it is a communal confession of faith, and it declares, ‘We believe.’ But there was also an error in redaction. The original phraseology of the Nicene Creed, as finalised at the Council of Constantinople in the year 381, on the other hand, confesses belief in ‘one holy catholic and apostolic Church’ (Εἰς μίαν, ἁγίαν, καθολικὴν καὶ ἀποστολικὴν Ἐκκλησίαν).

Do you think it’s a good idea that we now believe, once again that the Church is ‘holy’ as well as the Church being ‘one, Catholic and Apostolic’?

What does it mean to be ‘holy’? [questions and answers]

Holy does not mean being sentimentally, pious in an irritating form of public behaviour. It means being set aside for God and God’s use. I don’t know whether there is anything ‘set-aside’ in what many claim today are ‘contemporary forms of worship.’ But there is something uniquely holy about the atmosphere one finds in a liturgical church: it can only be that it is set aside for God’s use, and has no secular use in popular, modern culture.

In the 39 Articles, Article 19 says the ‘visible church’ is found where ‘the pure Word of God is preached.’ The word Word is capitalised here; it refers not to ‘Gospel preaching’ but to Christ, who is ‘the Word of God.’ And it says the ‘visible church’ is found ‘where the Sacraments be duly administered.’ So, no matter how much we use the phrases ‘fresh expressions’ or ‘missional’ it is not Church if it is not sacramental, and those sacraments must be ‘duly administered’ – by episcopally ordained bishops, priests and deacons.

What does it mean when we say the Church is ‘apostolic’? [questions and answers]

The traditional Orthodox churches in Georgia and Armenia are not alone in describing themselves in their formal names and titles as Apostolic churches. This does not mean that people are asked to believe that the original 12 Apostles took the early equivalent of Ryanair flights to reach every part of the known world in the span of their own lifetimes. But it does mean that the faith and order professed by the first apostles and their immediate circles has been transmitted in succession and continuity to those churches.

Popularly in Ireland, we have referred in a similar way to Saint Patrick as the ‘Apostle of Ireland.’

The phrase that many of our neighbours are surprised to find that we continue to use in the Creeds is the word ‘Catholic.’

I grew up in a time that those neighbours remember too, in the 1950s and 1960s, and even later, when members of the Church of Ireland, the Methodist Church, the Presbyterian Church and others were bundled together in a blancmange dish known as ‘non-Catholics.’

Well, we were non-Buddhists, non-Muslims, non-Hindus and non-Sikhs too. But somehow, this was two-edged sword: it politely refused to use the word Protestant as it became increasingly associated in southern eyes with sectarian conflicts in Northern Ireland, but it also denied our catholicity.

So, when I was first studying and working regularly in England in the early 1970s, as people realised that I am Irish, I was often asked whether I was from ‘the North’ or the ‘South’, I impishly replied, ‘The East.’

And, when I was pushed a little further, and asked me whether I was Catholic or Protestant, I would answer with the same impish impulse, ‘Yes!’

Where do we find the word ‘Protestant’ in the Book of Common Prayer or the 39 Articles?

We are no new Church. And we are certainly not a ‘non-Catholic church.’ At times, we may not be all that ‘holy,’ but we have never lost being ‘Catholic.’

What does the word ‘Catholic’ mean? [questions and answers]

Sometimes, we use the words ‘Catholic’ and ‘Protestant’ to define or set the boundaries to some kind of tribal boundary, but without any reference to their theological significance.

And, mathematical projections, which are becoming increasingly useful in genealogical work, prove that there is no such thing as a Protestant name or Catholic family. On this island, we are all mixed, and more mixed that we actually admit or imagine.

Of course, the Church of Ireland is Catholic. My neighbours ask me politely but informally ‘What’s the difference?’ Once again, I cast myself in that impish role and the conversation can go like this:

‘But you don’t believe in the Virgin Mary.’

‘Oh yes we do. My church in Askeaton and the cathedral in Limerick are called Saint Mary’s.’

‘But you don’t have devotions to her like we do.’

‘Oh yes we do. The Magnifcat is sung at Evensong in Anglican cathedrals and churches every day.’

‘But you don’t believe in her like we do.’

‘We believe in the Virgin birth, we say that in the Creeds.’

‘Well,’ and a note of exhaustion creeps in here, ‘you don’t believe in the Immaculate Conception or the Assumption.’

‘Neither did you until 1854 and 1950. We didn’t discuss them at the Reformation, and you weren’t a heretic then if you believed or rejected those ideas. So, we can pass on that one.’

‘Well, do you believe in the Pope?’

‘Yes. I believe he’s a really good man, and a good bishop. This diocese is vacant at the moment? Do you think he’s interested?’

The Church of Ireland is no new church. But we should also be careful about how we use one other word in this evening’s programme: the word ‘Reformed.’

In Germany, the home of the Reformation, the words Reformed and Evangelical are used in very different ways than they are used here. The word Evangelical refers to Lutheran churches, even when these are not what Irish Protestants would call ‘evangelical’; and the word Reformed refers to churches with Calvinist roots.

Indeed, we might ask whether the word ‘Reformed’ is also appropriate for the Roman Catholic Church. The Latin term Ecclesia semper reformanda est, ‘the Church must always be reformed,’ was popularised by the Swiss theologian Karl Barth in 1947. But the saying is derived from Saint Augustine.

As Anglicans, we maintain, as Anglo-Catholics began to refer to them from the late 19th century, ‘full Catholic privileges.’ And that should lead into the discussions in the weeks that follow on ‘a liturgical church,’ ‘an episcopal church’ and ‘an ecumenical church.’ 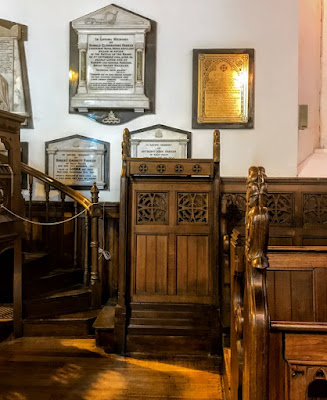 (Revd Canon Professor) Patrick Comerford is Precentor of Killaloe Cathedral and priest-in-charge of the Rathkeale Group of Parishes. This was the first in a series of Advent talks. The other speakers are: the Revd Kevin O’Brien, 1 December, ‘A Liturgical church’; the Ven Terry Mitchell, 8 December, ‘An Episcopal church’; Joc Sanders, 15 December, ‘An ecumenical church.’