Reaching the Holocaust
survivors who live in
isolation and poverty 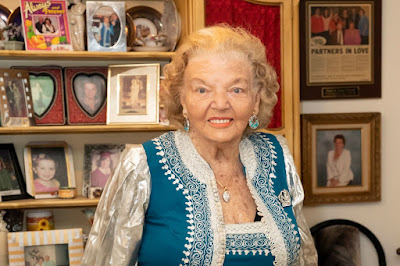 Lena Goren (90), a Greek-born Holocaust survivor living in New York … she is receiving food from the Met Council

Some of the most disturbing news in Ireland this week has included reports on the rising levels of food poverty and the insidious rise in racism.

It is estimated that about 80,000 Holocaust survivors are living in the US and a third of them live in poverty. About one-third of the food pantries in New York City closed because of the crisis. The homebound elderly are stuck at home and have no way to get food.

One major programme in New York that seeks to reach out to them and to meet their needs is run by Met Council, the Metropolitan New York Coordinating Council on Jewish Poverty.

Met Council is a New York City-based non-profit Jewish charity and social services organisation that offers many services to help hundreds of thousands of New Yorkers in need.

One of New York’s highest-profile Jewish leaders, David Greenfield, has been the CEO of the Met Council since 2018. His initiatives include a digital food pantry initiative to serve more than 200,000 New Yorkers that rely on Met Council’s food distribution network, and a $35 million initiative to combat poverty in partnership with the UJA-Federation (United Jewish Appeal), the largest local philanthropy in the world.

In recent months, more than 1,000 Holocaust survivors in New York have benefited from a special Met Council programme that focuses on their specific needs, with a $1 million grocery delivery programme.

‘Right now, my lifesaver is what I get from the boxes, Lena Goren (91), a Greek-born Holocaust survivor who lives in Queens, told the New York Post. ‘The food coming here helps me a great deal.’

The programme served 3,076 New Yorkers one recent week, and a third of those who received food — 1,112 — are members of New York’s community of Holocaust survivors.

Lena Goren was born in Thessaloniki in Greece in 1930, the daughter of a rabbi. Her family moved to Larissa when her father became the Chief Rabbi of that city. The family hid from the Nazis in a fremote monastery after mayor of Larissa warned her father they were about to be deported. 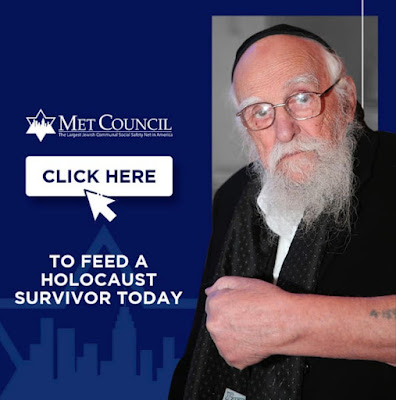 Each weekly box of groceries sent out by Met Council includes a pound of fruit and a pound of vegetables, canned beans, tuna, rice, pasta, cereal, milk, granola bars and other items, according to David Greenfield. ‘It’s literally a matter of life and death,’ he said. ‘We can’t tell people who are sick and elderly to go leave their homes and wait on line for hours just so they can get some food.’

The Met Council spends about $165,000 a week on the programme, which David Greenfield says has been underwritten largely by a $500,000 donation from real estate mogul Jane Goldman. All told, the charity has raised $1.2 million to support the effort. Greenfield points out that the programme is open to homebound seniors of all faiths.

When Met Council realised that Holocaust survivors were going to be home alone without food during Passover, they reached out to Uber and created a first-of-its-kind pilot to deliver 500 Passover food packages directly to the door of Holocaust survivors. These efforts made national news on CBS and in the New York Post and AM New York.

A Met Council volunteer recently delivered food to a Holocaust Survivor who was in tears, telling the volunteer through a closed door to please stick around a bit. The survivor said she is her 90s and this is the most horrible thing to happen to her since the Holocaust.

She continued, ‘I’m living in a small apartment, been here for weeks with no one to talk to, and you are the first person I spoke to in weeks.’

It is estimated that about 80,000 Holocaust survivors are living in the US and a third of them live in poverty. About one-third of the food pantries in New York City closed because of the crisis. The homebound elderly are stuck at home and have no way to get food. Met Council is their only lifeline, and has made it a priority to get this food to them.

Holocaust survivors have already suffered more than any of us can imagine. This Friday evening, I have donated to Met Council. You can consider sponsoring either six meals for $18, twelve meals for $36, a box for $55, or two boxes for $110 by clicking HERE to make sure that Met Council can continue to deliver food to isolated, lonely and impoverished Holocaust survivors in New York.