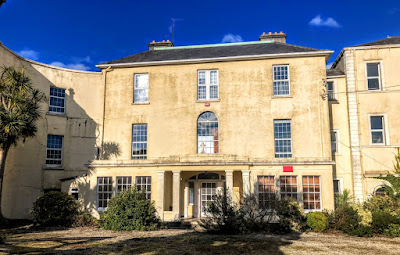 Richmond House, themain house of the former Loreto Convent in Wexford, was first built by the Duke of Richmond in 1792 (Photograph: Patrick Comerford, 2022)

The main house of the former Loreto Convent in Wexford is now a sorry sight on Spawell Road, surrounded by steel fencing and security notices.

But this house, once known as Richmond House, is of architectural value, and has historical associations with both the 1798 Rising and the Battle of Waterloo, with the famous Lennox sisters, and with a celebrated Victorian-era Mayor of Wexford.

The former Richmond House, which gives its name to later housing developments in the Spawell Road area of Wexford, was first built in 1792 by Charles Lennox (1764-1819), who succeeded his uncle as the fourth Duke of Richmond in 1806. This three-bay, three-storey over basement house was built on a square plan, with the ground floor centred on a prostyle distyle portico.

This means the future duke who built Richmond House in Wexford six years before the 1798 Rising, was a first cousin of both Lord Edward FitzGerald, one of the leading figures in the United Irishmen, and General Sir Charles James Napier (1782-1853), famous as the captor of Sindh but also Governor of Kephalonia – ‘Captain Corelli’s’ island – and leading Philhellene during the Greek War of Independence in the mid-19th century.

The duke took part in the Napoleonic Wars and in 1815 he was in command of a reserve force in Brussels that was protecting the city in case Napoleon won the Battle of Waterloo.

On 15 June 1815, the night before the Battle of Quatre Bras, his wife – the former Lady Charlotte Gordon – held a ball for his fellow officers. The glittering celebration became famous as the Duchess of Richmond’s Ball and is referred to by William Makepeace Thackeray in Vanity Fair and by Lord Byron in Childe Harold’s Pilgrimage.

Although the Duke observed the Battle of Quatre Bras the next day, as well as the Battle of Waterloo on 18 June, he did not take part in either, his role being in the defence of the city of Brussels.

Richmond became Governor General of Canada, then known as British North America, in 1818, but his time there was cut short unexpectedly. Richmond was on a tour of Canada, in 1819 when he was bitten on the hand by a fox. The injury apparently healed and he continued on the tour, but later in his journey the initial symptoms of hydrophobia appeared, a clear sign of Rabies. The disease developed rapidly, and he died 28 August 1819. He was buried at Holy Trinity Cathedral, Quebec.

The architectural value of Richmond House includes the compact square plan form centred on a Classically-detailed doorcase with good quality workmanship. The windows diminish in scale on each floor, producing a graduated visual impression.

In the Victorian era, Richmond House was the home of William White (1803-1865) and later of Alderman John Greene JP (1803-1890), seven times Mayor of Wexford and founder of the Wexford Independent.

Long before town planning, streetscaping and public water systems, Greene had a vision for supplying clean water to the people of Wexfcord town, raising the quality of life and the standards of living of Wexford’s growing population. When he was Mayor of Wexford in 1854, he erected ‘The Cock,’ the fountain on John Street that determines your identity and your place in Wexford, including who you supported in football and hurling – the John Street Volunteers or the Faythe Harriers.

The Loreto nuns moved into Richmond House in 1886, and their school grew up around the house. The ‘classical additions’ to the house in the early 20th century have been ascribed to the Dublin architect William Henry Byrne (1844-1917).

Until recently, the original house was well maintained, with the elementary form and massing surviving intact along with quantities of the original fabric, both outside and inside, despite the introduction of replacement windows in most of the windows.

The house, set back from the street, once stood in landscaped grounds and was part of a self-contained group alongside the adjoining former convent and school that once formed a pleasant ensemble on Spawell Road. 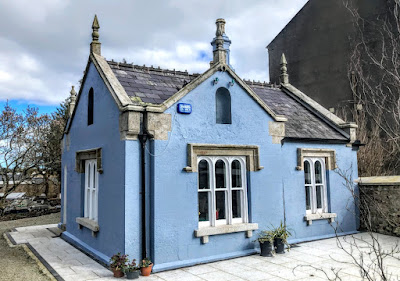 Another connection with the Battle of Waterloo on Spawell Road is provided by the gate lodge at Clifton which was once known as Wellington Cottage, or simply as ‘The Cottage.’

This gate lodge has been carefully restored in recent years. It has contributed positively to the group and setting of the Clifton estate, and was part of the continued development of the adjoining Ardara estate by Joseph Harvey (1809-1890).

In the Victorian era, it was admired as a ‘new and beautiful gate lodge in the enriched Tudor style’ that ‘excites in an especial manner the admiration of the visitor.’

It was built on a compact plan form centred on an expressed porch displaying the Harvey family coat of arms. Its picturesque appearance is enhanced by the multipartite glazing patterns, and the ‘spikey’ pinnacles embellishing the roofline.

It was recently restored after a prolonged period of being left unoccupied.

The cottage or gate lodge stands at the entrance to Clifton, a house on Spawell Road built in 1895 by Thomas Reilly on a plot bought from the neighbouring Ardara estate.

Clifton also has connections with Nicholas Byrne, one-time Mayor of Wexford, who died in 1951. 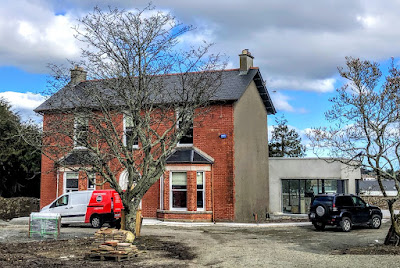 Clifton was built in 1895 by Thomas Reilly on a plot on Spawell Road bought from the neighbouring Ardara estate (Photograph: Patrick Comerford, 2022)

Close-by, Ard Ruadh Manor is a house that I have stayed in on Spawell Road. This house was built in 1893 by Mary O’Connor (1837-1927), an outstanding builder and developer in Wexford, who built a terrace of houses on Upper George’s Street, Wexford, in the 1870s and 1880s. She is an interesting example of a woman who was a property developer and building contractor at the end of the 19th century. She developed a number of other terraces of houses in Wexford, including Glena Terrace with eight houses on Spawell Road (1890-1895)

Here too, the windows diminish in scale on each floor, producing a graduated visual impression. The main rooms have polygonal bay windows, and there is a half-dormer attic. Other architectural features in the house include the decorative timber work, a high pitched multi-gabled roofline, contemporary joinery, chimneypieces; and plasterwork refinements.

The house has family connections with William Henry Hadden (died 1916), a leading Wexford merchant, and Dr James A Pierce.

The house was bought by a local person who planned to use it as private house. But the security signs I saw around the house at the weekend make me wonder whether it is in danger of being lost to future developments on Spawell Road. 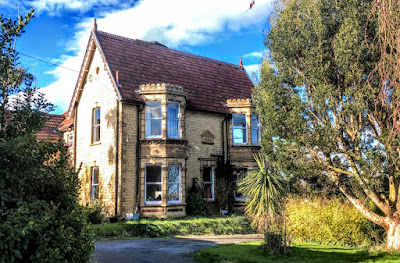 Is there historical society in wexford to care for our History, shame the council dont care