‘Wash me and I shall be whiter than snow’ (Psalm 51: 7) … snow at Sidney Sussex College, Cambridge (Photograph: Patrick Comerford)

I am still in the John Radcliffe Hospital in Oxford this morning after yesterday’s angiogram and other tests following my recent stroke. Later today (31 March 2022), I am retiring after five years as the Priest-in-Charge of the Rathkeale and Kilnaughtin Group of Parishes in the Diocese of Limerick, and as Canon Precentor of Saint Mary’s Cathedral, Limerick, Saint Flannan’s Cathedral, Killaloe, Co Clare, and Saint Brendan’s Cathedral, Clonfert, Co Galway.

But, before this day begins, I am taking some time early this morning for prayer, reflection and reading.

Psalm 51 is one of the penitential psalms. In Latin and in its many musical settings it is known as Miserere, and in Greek as Ἐλεήμων, from its opening words in Greek, ἐλέησόν με ὁ θεός, which is reflected in part of the Jesus Prayer.

In the slightly different numbering system in the Greek Septuagint and Latin Vulgate translations, this is Psalm 50.

The introduction to the text says this psalm it was composed by King David as a confession to God after he sinned with Bathsheba. Psalm 51 is based on an incident recalled in II Samuel 11-12. David’s confession is regarded as a model for repentance in both Judaism and Christianity.

The Midrash Tehillim says that one who acknowledges that he has sinned and is fearful and prays to God about it, as David did, will be forgiven. But one who tries to ignore his sin will be punished by God. The Talmud (Yoma 86b) cites verse 5 in the Hebrew version (verse 3 in English versions), ‘My sin is always before me,’ as a reminder to the penitent to maintain continual vigilance in the area in which he transgressed, even after he has confessed and been absolved.

The idea of using broken-heartedness as a way to reconnect to God was emphasised in many teachings by Rebbe Nachman of Breslov. In Sichot HaRan 41, he taught: ‘It would be very good to be broken-hearted all day. But for the average person, this can easily degenerate into depression. You should therefore set aside some time each day for heartbreak. You should isolate yourself with a broken heart before God for a given time. But the rest of the day you should be joyful.’

Several verses from Psalm 51 are regular parts of Jewish liturgy. Verses 3, 4, 9, 13, 19, 20 and 21 in the Hebrew numbering are said in Selichot. Verses 9, 12 and 19 are said during Tefillat Zakkah before the Kol Nidrei service on Yom Kippur eve. Verse 17 (verse 15 in English), ‘O Lord, open my lips,’ is recited as a preface to the Amidah in all prayer services. Verse 20 is said by Ashkenazi Jews before the removal of the Sefer Torah from the ark on Shabbat and on Yom Tov morning. It is also said in the Atah Horaisa (‘You have been shown’) prayer recited before opening the ark on Simchat Torah. In the Sephardi liturgy, Psalm 51 is one of the additional psalms recited on Yom Kippur night.

The entire psalm is part of Tikkun Chatzot. It is also recited as a prayer for forgiveness.

Verses 12-13 have been set to music as a popular Jewish inspirational song, Lev Tahor (‘A pure heart’), commonly sung at Seudah Shlishit, the third Shabbat meal.

This is the most frequently used psalm in the Orthodox Church, in which it is known in as ‘Ἥ Ἐλεήμων He Eleḯmon,’ and begins in Greek Ἐλέησόν με, ὁ Θεός (Eléïsón me, o Theós). This psalm is also used liturgically in Western Christianity, and the Miserere was a frequent text in Catholic liturgical music before the Second Vatican Council.

In Anglican liturgy, themes in this psalm are incorporated into the Versicles and Responses in Morning Prayer and Evening Prayer:

Show us your mercy,
O Lord, and grant us your salvation …

O God, make clean our hearts within us
and renew us by your Holy Spirit.

The mediaeval application of the concept of mercy in cathedral liturgy is also reflected the original mediaeval misericords or mercy seats in Saint Mary’s Cathedral, Limerick, where I retire as canon precentor today. These stalls were called misericords or mercy seats because each of the 23 seats had a ledge or lip that allowed the priest using it to tip up the seat and still rest on it, appearing to stand throughout lengthy choral services while still remaining seated.

These misericords are the only surviving examples in Ireland of this type of late mediaeval ecclesiastical furnishing. They were carved from oak from Cratloe in Co Clare, the same woods provided the oak beams for the roofs of both Westminster Hall and Saint Mary’s Cathedral.

In English Common Law, the Miserere was used for centuries as a judicial test of reading ability. This practice began as a way for a defendant to claim to be a clergyman, and so subject only to ecclesiastical courts and not to the power of civil courts. This was called pleading the benefit of clergy.

Psalm 51: 1 was traditionally used for the literacy test. An illiterate person who memorised this psalm could also claim the benefit of clergy, and Psalm 51 became known as the ‘neck-verse.’ Knowing it could save one’s neck by transferring a case from a secular court, where hanging was a likely sentence, to an ecclesiastical court, where trials and sentences were more lenient, with a sentence of penance instead of a death penalty.

At first, to claim the benefit of clergy, one had to appear before the court tonsured and wearing ecclesiastical dress. Over time, this proof was replaced by a literacy test: defendants showed their clerical status by reading from the Latin Bible. This opened the door to literate lay defendants also claiming the benefit of clergy.

Unofficially, the loophole was even larger, because the Biblical passage traditionally used for the literacy test was Psalm 51: 1, Miserere mei, Deus, secundum misericordiam tuam (‘Have mercy on me, O God, according to your abundant mercy).

During the reign of Edward III, this loophole was formalised in statute in 1351, and the benefit of clergy was extended to all who could read. The English dramatist Ben Jonson avoided hanging by pleading benefit of clergy in 1598 when charged with manslaughter.

Most settings of Psalm 51, often used at Tenebrae, are in a simple falsobordone style. Many composers wrote settings during the Renaissance. The earliest known polyphonic setting, probably dating from the 1480s, is by Johannes Martini, working in the Este court in Ferrara. The extended polyphonic setting by Josquin des Prez, written in Ferrara ca 1503-1504, may been inspired by the prison meditation Infelix ego by Girolamo Savonarola, who was burned at the stake five years earlier.

Later in the 16th century, Orlande de Lassus wrote an elaborate setting as part of his Penitential Psalms, and Palestrina, Andrea Gabrieli, Giovanni Gabrieli, and Carlo Gesualdo also wrote settings. Antonio Vivaldi may have written a setting or settings, but they have been lost.

One of the best-known settings of the Miserere is the 17th century version by Gregorio Allegri. It is said that at the age of 14 Mozart heard Allegri’s Misere performed once, on 11 April 1770, and after going back to his lodging for the night was able to write out the entire score from memory. He went back a day or two later with his draft to correct some errors. The final chorus has a ten-part harmony, showing how the young Mozart was a musical genius and prodigy.

Other settings have been written by Johann Sebastian Bach, Giovanni Battista Pergolesi and Arvo Pärt. 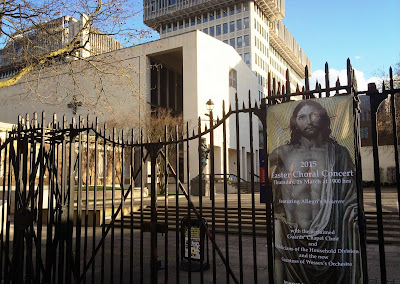 To the leader. A Psalm of David, when the prophet Nathan came to him, after he had gone in to Bathsheba.

3 For I know my transgressions,
and my sin is ever before me.
4 Against you, you alone, have I sinned,
and done what is evil in your sight,
so that you are justified in your sentence
and blameless when you pass judgement.
5 Indeed, I was born guilty,
a sinner when my mother conceived me.

6 You desire truth in the inward being;
therefore teach me wisdom in my secret heart.
7 Purge me with hyssop, and I shall be clean;
wash me, and I shall be whiter than snow.
8 Let me hear joy and gladness;
let the bones that you have crushed rejoice.
9 Hide your face from my sins,
and blot out all my iniquities.

10 Create in me a clean heart, O God,
and put a new and right spirit within me.
11 Do not cast me away from your presence,
and do not take your holy spirit from me.
12 Restore to me the joy of your salvation,
and sustain in me a willing spirit.

13 Then I will teach transgressors your ways,
and sinners will return to you.
14 Deliver me from bloodshed, O God,
O God of my salvation,
and my tongue will sing aloud of your deliverance.

15 O Lord, open my lips,
and my mouth will declare your praise.
16 For you have no delight in sacrifice;
if I were to give a burnt-offering, you would not be pleased.
17 The sacrifice acceptable to God is a broken spirit;
a broken and contrite heart, O God, you will not despise.

18 Do good to Zion in your good pleasure;
rebuild the walls of Jerusalem,
19 then you will delight in right sacrifices,
in burnt-offerings and whole burnt-offerings;
then bulls will be offered on your altar.

The USPG Prayer Diary this week, under the heading ‘Let my people go,’ focuses on the approximately 230 million Dalits living in India. Considered outcasts, these communities suffer systematic exclusion and discrimination under the caste system, a system of social stratification. The USPG Prayer Diary this morning (31 March 2022) invites us to pray:

We pray for the Church of North India’s ‘Let My People Go’ programme. May the programme participants be liberated from discrimination and oppression.

The carved wyvern biting his tail under the seat in the precentor’s stall in Saint Mary’s Cathedral, Limerick … one of mediaeval ‘misericords’ or ‘mercy seats’ (Photograph: Patrick Comerford)