Praying with USPG and the hymns of
Vaughan Williams: Thursday 11 August 2022 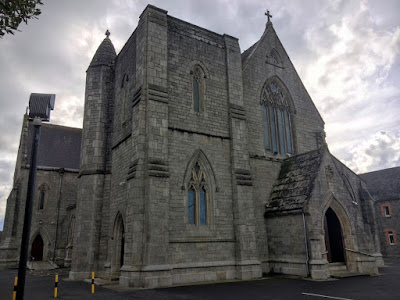 The Calendar of the Church of England in Common Worship today remembers Saint Clare of Assisi, Founder of the Order of Minoresses or Poor Clares (1193-1253), with a Lesser Festival, and John Henry Newman, Priest and Tractarian (1890), with a Commemoration.

Saint Clare was born in 1193 in Assisi of a wealthy family, and caught the joy of a new vision of the gospel from Saint Francis’s preaching. Escaping from home, first to the Benedictines and then to a Béguine-style group, she chose a contemplative way of life when she founded her own community, which lived in corporate poverty understood as dependence on God, with a fresh, democratic lifestyle. Clare became the first woman to write a religious Rule for women, and in it showed great liberty of spirit in dealing with earlier prescriptions. During the long years after Francis’s death, she supported his earlier companions in their desire to remain faithful to his vision, as she did. Some of her last words were: ‘Blessèd be God, for having created me.’

‘I am the vine, you are the branches. Those who abide in me and I in them bear much fruit …’ (John 15: 5) … vines at the Hedgehog Vintage Inn in Lichfield (Photograph: Patrick Comerford, 2022)

[Jesus said:] 4 ‘Abide in me as I abide in you. Just as the branch cannot bear fruit by itself unless it abides in the vine, neither can you unless you abide in me. 5 I am the vine, you are the branches. Those who abide in me and I in them bear much fruit, because apart from me you can do nothing. 6 Whoever does not abide in me is thrown away like a branch and withers; such branches are gathered, thrown into the fire, and burned. 7 If you abide in me, and my words abide in you, ask for whatever you wish, and it will be done for you. 8 My Father is glorified by this, that you bear much fruit and become my disciples. 9 As the Father has loved me, so I have loved you; abide in my love. 10 If you keep my commandments, you will abide in my love, just as I have kept my Father’s commandments and abide in his love.’

The first four songs are personal meditations in which the soloist takes a key role. In the fourth song, ‘The Call,’ which I have chosen for my reflections this morning [11 August 2022], the chorus does not feature at all.

Although this poem has been set to music several times, the setting by Vaughan Williams in his ‘Five Mystical Songs’ is undoubtedly the best known. Herbert placed the title ‘The Call’ over the poem in his collection The Temple, so Vaughan Williams adopted it for his setting.

This short poem is simple and direct, and it is composed almost completely with words of one syllable.

Herbert’s poetry abounds with Scriptural allusions, drawing on both the Old Testament and the New Testament, as well as references to the liturgy of the Church of England. In this short poem, we find references to Revelation 22: 26: ‘Come, Lord Jesus …’ ‘Come’ is the call of the poet to God, but it is also the response of the poet to a call from God.

The first stanza is also a working out of Christ’s self-description in which he tells Saint Thomas that he is ‘the way, the truth and the life’ (John 14: 6). But accepting and believing this means living a life that leads to the Cross.

Part of the ancient wall of the Franciscan Friary in Lichfield, founded in 1229, during the lifetime of Saint Clare of Assisi (Photograph: Patrick Comerford, 2022)

God of peace,
who in the poverty of the blessèd Clare
gave us a clear light to shine in the darkness of this world:
give us grace so to follow in her footsteps
that we may, at the last, rejoice with her
in your eternal glory;
through Jesus Christ your Son our Lord,
who is alive and reigns with you,
in the unity of the Holy Spirit,
one God, now and for ever.

Merciful God,
who gave such grace to your servant Clare
that she served you with singleness of heart
and loved you above all things:
help us, whose communion with you
has been renewed in this sacrament,
to forsake all that holds us back from following Christ and to grow into his likeness from glory to glory;
through Jesus Christ our Lord.

We pray for university students and young adults finding their way in life. May they be guided by the Holy Spirit in all they do.