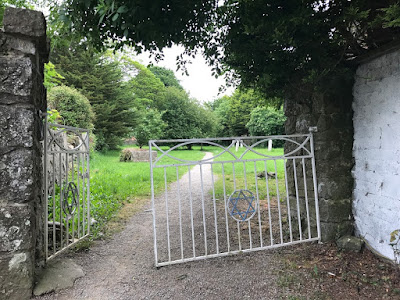 The Jewish cemetery in Limerick is at the end of a lane in Castletroy (Photograph: Patrick Comerford)

I received an invitation earlier this week to a book launch next month for a new book to which I have contributed two chapters.

Of Limerick Saints and Seekers is edited by David Bracken and was published in Dublin last month by Veritas. The book is being launched by Dr Liam Chambers in Limerick Diocesan Centre, Saint Munchin’s, Corbally, later next month (Tuesday 22 November 2022).

In this new book, David Bracken invites readers to journey with him and over 50 other scholars through a millennium and a half of Limerick church history with saints and scribes, poets and preachers, martyrs and missionaries, and founders of churches, monasteries and religious communities.

The book spans religious history in Limerick, from early Ireland to the present day, with a collection of the lives and stories of extraordinary people from a variety of faith traditions and backgrounds, from well-known saints to unknown and unsung religious.

But the book is not confined to the Christian tradition, still less to the Catholic experience. The Limerick historian Dr Seán William Gannon tells the story of Rabbi Elias Bernard Levin (1863-1936), who came to Limerick from Lithuania, and brought together the Jewish community in the Colooney Street or Wolfe Tone Street area.

The community reached its apogee in the mid-1890s, with a vibrant Limerick Hebrew Congregation and about 200 Jews living in the city. 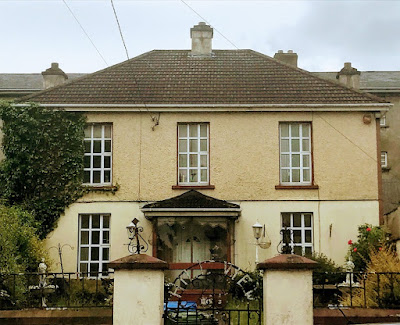 Hillview on Wolfe Tone Street … once a synagogue in Limerick (Photograph: Patrick Comerford)

In his chapter in this new book, Dr Gannon identifies Rabbi Elias Bernard Levin as the ‘central figure in this community.’

He was born in Telz, Lithuania, and served briefly as a rabbi in Lithuania before moving to Limerick with his wife Anna in 1882. The Levins remained in Limerick until 1912. In address to mark his departure, the president of the Limerick Hebrew Congregation, Hyman Graff, told him ‘the entire community recognised the valuable services he rendered … during the troubled period of antisemitic outbreak at Limerick and in all other communal affairs.’

The ‘Limerick pogrom’ was sparked or stoked by two virulent antisemitic sermons by the Redemptorist priest John Creagh (1870-1947). It eventually forced the Levin family to leave the city and settle in Leeds. There he served briefly as a rabbi and reader at the Old Central Synagogue and at the city’s Great Synagogue on Belgrave Street.

Rabbi Levin died in Leeds in 1936. He is described by Seán Gannon as having ‘ability and courage of a high order.’

Limerick’s last rabbi was Simon Gewurtz from Bratislava. The Jewish community in Limerick was without a rabbi after 1939, and the synagogue at 72 Wolfe Tone Street closed its doors for the last time eight years later. The building was closed in 1953, marking what the Jewish Chronicle called ‘the final chapter of an interesting community.’

The Limerick Pogrom, as it became known, remains controversial to this day. Even its classification as a pogrom is controversial, with some historians feeling that this cheapens the horror of the ‘real’ pogroms at the time Russia and Eastern Europe.

It was an exceptional event in Irish history. The tragedy is that this conflict involved two deprived communities living in miserable conditions. Father Creagh’s mission lost Limerick some of its finest citizens.

The controversy surrounding Kanye West and his racist, antisemitic outbursts, and the anniversary this week of the Tree of Life Synagogue shooting in Pittsburgh in which 11 people wre murdered on 27 October 2018, are reminders of how we must continue to tell the stories of saints and seekers like Rabbi Elias Bernard Levin and the antisemitism and racism they faced. 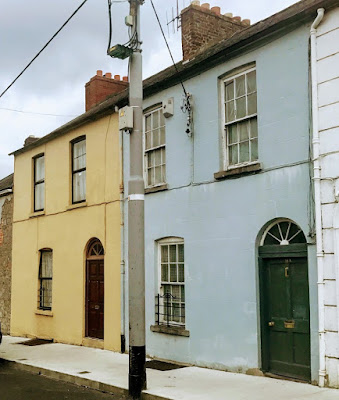