Praying in Advent with Lichfield Cathedral
and USPG: Saturday 17 December 2022 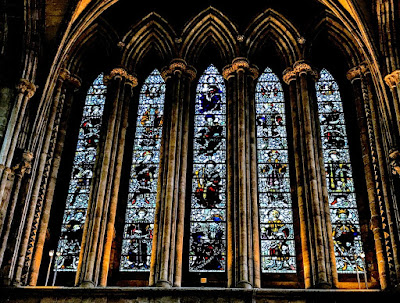 The countdown to Christmas has gathered pace, the traditional counting of the ‘O Antiphons’ begins today with ‘O Sapientia.’ There are just eight days to go to Christmas Day.

The phrase O Sapientia appears in the 1662 Book of Common Prayer without explanation. Today, 17 December marks the start of the week before the celebration of Christmas, the birth of Christ, and at evensong, the great Song of Mary, Magnificat, has a refrain or antiphon attached to it proclaiming the ascriptions or ‘names’ given to God through the Old Testament.

Each name develops into a prophecy of the forthcoming and eagerly-anticipated Messiah, Jesus, the Son of God.

In the Sarum rite, these were sung one day earlier, beginning on 16 December, requiring another ascription for 23 December, this being ‘O Virgin of Virgins’. Since this was clearly apposite to the Blessed Virgin Mary, and not a ‘title’ of God, it was not adopted much beyond Sarum and, with the revision of the Calendar, Anglicans have adopted the more widely-used formulæ and dating.

The Calendar of the Church of England in Common Worship today also recalls Eglantyne Jebb, Social Reformer, Founder of Save The Children, 1928.

Eglantyne Jebb (1876-1928) was born in Ellesmere, Shropshire. After studying at Oxford, she became a teacher for a few years until ill-health led to her resignation. She then devoted her energies to charitable works and in 1913 went to Macedonia to help refugees in the Balkan wars. After World War I, she and her Quaker sister Dorothy Buxton founded the Save the Children Fund, which aimed to help children who were suffering in the post-war famine in Europe, a charity that is now global in its scope. Eglantyne fought for the rights of children to be recognised, the League of Nations passing her Children’s Charter in 1924. She inspired many by her personal spirituality and was greatly mourned on her death in Geneva on this day in 1928.

During Advent, I am reflecting in these ways:

1, The reading suggested in the Advent and Christmas Devotional Calendar produced by Lichfield Cathedral this year; 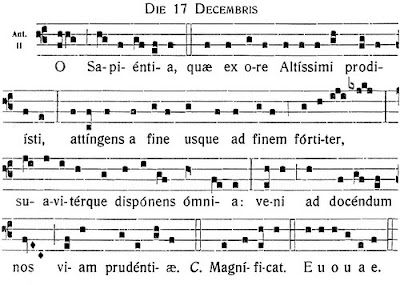 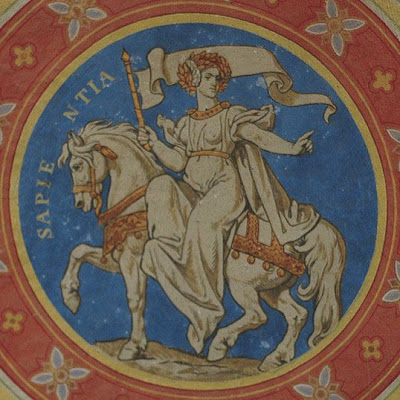 As we read the family tree of Jesus, full of odd characters, people with glaring faults and imperfections, offer to God your own family history; give thanks for the gift of life; where there has been hurt, loss or disappointment, ask for healing and thankfulness – that out of the tangle and trouble of life God works his purpose.

O Lord Jesus Christ,
who at your first coming sent your messenger
to prepare your way before you:
grant that the ministers and stewards of your mysteries
may likewise so prepare and make ready your way
by turning the hearts of the disobedient to the wisdom of the just,
that at your second coming to judge the world
we may be found an acceptable people in your sight;
for you are alive and reign with the Father
in the unity of the Holy Spirit,
one God, now and for ever.

We give you thanks, O Lord, for these heavenly gifts;
kindle in us the fire of your Spirit
that when your Christ comes again
we may shine as lights before his face;
who is alive and reigns now and for ever.

God for whom we watch and wait,
you sent John the Baptist to prepare the way of your Son:
give us courage to speak the truth,
to hunger for justice,
and to suffer for the cause of right,
with Jesus Christ our Lord.

Collect on the Eve of Advent 4:

God our redeemer,
who prepared the Blessed Virgin Mary
to be the mother of your Son:
grant that, as she looked for his coming as our saviour,
so we may be ready to greet him
when he comes again as our judge;
who is alive and reigns with you,
in the unity of the Holy Spirit,
one God, now and for ever.

The theme in the USPG Prayer Diary this week has been ‘Walking Together.’ This theme was introduced on Sunday by the Right Revd Maria Grace Tazu Sasamori, who became Bishop of Hokkaido in Japan in April 2022. She shared her reflections on this year’s Lambeth Conference with Archbishop Justin Welby.

Let us give thanks for the diversity of humanity. May we be mindful of any who are othered and always seek to include. 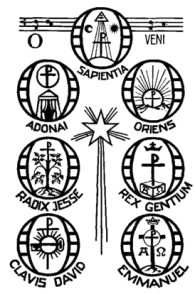 At evensong each day for a week, the canticle Magnificat has a refrain or antiphon proclaiming the ascriptions or ‘names’ given to God throughout the Old Testament