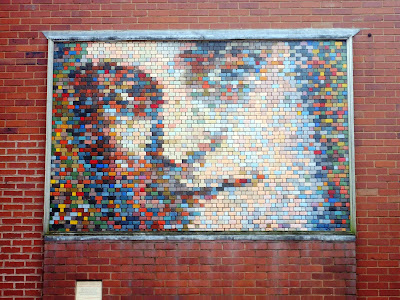 Today is the Third Sunday of Advent or Gaudete Sunday [13 December 2015]. In Christ Church Cathedral, Dublin, this morning, at the proclamation of the Gospel in the Sung Eucharist, we lit the pink or third candle on the Advent Wreath, and recalled Saint John the Baptist.

Because 13 December falls on a Sunday this year, many cathedrals, churches and college chapels are unlikely to have remembered Samuel Johnson (1709-1784), who is remembered on this day in Common Worship and the Calendar of the Church of England. 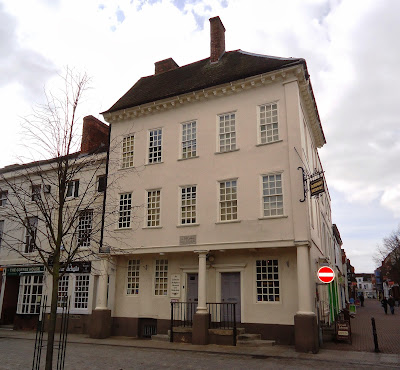 Johnson, who was born in Lichfield on 18 September 1709, is best known as a writer, diarist, literary editor and the compiler of the first English dictionary. He stopped going to church at the age of eight, but he was strongly influenced a few years later by reading William Law’s A serious call to a devout and holy life. For the rest of his life, Samuel Johnson remained a devout High Church Anglican.

In his Dictionary, first published in 1755, Samuel Johnson offers a definition of Advent in these words: “The name of one of the holy seasons, signifying the coming; that is, the coming of our Saviour: which is made the subject of our devotion during the four weeks before Christmas.”

Surprisingly then, although Johnson observed holy days with great care, he seldom mentions the Christmas season in his private journals. Although he writes regularly and carefully about his observance of Lent and Easter, he makes few references of Advent, Christmas or Epiphany.

One of his few references to Advent is found in his diary on 27 November 1775, when he made the following entry:

Nov. 27. Advent Sunday. I considered that this day, being the beginning of the ecclesiastical year, was a proper time for a new course of life. I began to read the Greek Testament regularly at one hundred and sixty verses every Sunday. This day I began the Acts.

James Boswell, in his biography of Samuel Johnson, recalls a conversation in 1776 with Johnson about Quakers and their rejection of sacraments such as Baptism and the celebration of Church feasts, including Christmas. Boswell quotes Johnson as saying:

The Church does not superstitiously observe days, merely as days, but as memorials of important facts. Christmas might be kept as well upon one day of the year as another; but there should be a stated day for commemorating the birth of our Saviour, because there is danger that what may be done on any day, will be neglected. 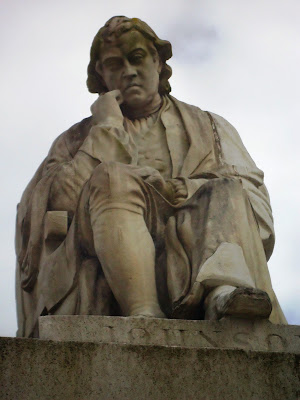 On his last visit to church in Advent 1784, the walk strained Samuel Johnson. However, while there he wrote a prayer for his friends, the Thrale family:

To thy fatherly protection, O Lord, I commend this family. Bless, guide, and defend them, that they may pass through this world, as finally to enjoy in thy presence everlasting happiness, for Jesus Christ’s sake. Amen.

As he lay dying, Samuel Johnson’s final words were: “Iam Moriturus” (“I who am about to die”). He fell into a coma and died quietly at 7 p.m. on this day, 13 December 1784. He was buried in Westminster Abbey a week later.

Samuel Johnson’s life and work are celebrated in a stained glass window in Southwark Cathedral, and he is named in the calendar of the Church of England as a modern Anglican saint on this day, 13 December. 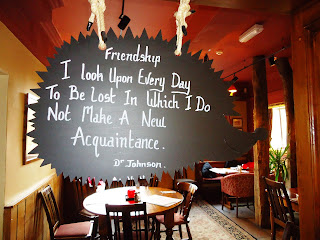