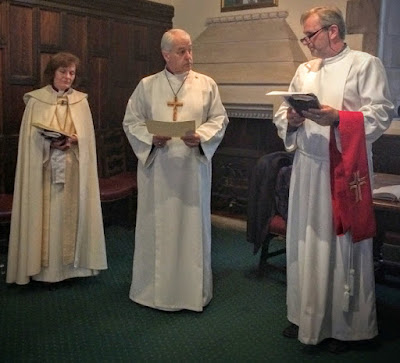 I never learned to sing, and I never learned to play music. Although, over the years, my music has become one of my great aesthetic and artistic pleasures, and while I went to a school where I had the opportunities to learn any musical instrument I wanted to, or to join in choirs and musical productions, I came from a home that was totally lacking in any musical interest, and that gave no musical encouragement – there was no piano, no violin, not even a record player until I bought my own in my late teens.

I came to appreciate music in my late teens and early 20s, but for many decades still lacked confidence in singing in church and in joining in the hymns.

But over time I realised that part of this was due not so much to my poor childhood experiences but because I had not found my own comfortable pitch and tone.

My willingness to sing has grown with confidence in recent years, but that does not mean there has an improvement in the quality of my singing – anything but.

My approach to singing has been complicated in recent years with the diagnosis of sarcoidosis on my lungs. There are days when it seems to play up to a degree that my voice is deep enough to make Leonard Cohen or a full choir in a Russian Orthodox church jealous of its depths.

Then, out of the blue, late on Thursday evening, a totally unexpected email arrived from Christ Church Cathedral. Would I be at the Cathedral Eucharist this morning [16 October 2016]?

The choir was singing a feast of interesting music by Latvian composers. No, they were not asking me to sing. But the Agnus Dei had a spoken part and would I be interested in speaking it with my bass voice as the choir sang. Ian Keatley, the Organist and Director of Music in Christ Church, told me: ‘You have the perfect voice for it – not to mention the necessary gravitas to pull it off.’

The Mass in question is the Missa Rigensis by the well-known Latvian composer Uǧis Prauliņš. The compositional style of this Eucharistic setting is very striking: lively in the Sanctus and Benedictus and intensely intimate and devotional in the Agnus Dei.

Earlier in the morning, before the Cathedral Eucharist, I rehearsed the spoken part accompanying the Agnus Dei with the choir:

This prayer by Cardinal Pietro Gasparri is found in the Catechismus Catholicus (1931) and translates: ‘O Lord God, I love you above all things, and I love my neighbour on account of you, because you are the highest, infinite and most perfect good, worthy of all love. In this love I stand to live and die. Amen.’

The music this morning also featured music by another well-known Latvian composer, Rihards Dubra, whose compositional development has been heavily influenced by minimalism and Gregorian chant in particular. The Kyrie and Gloria at the start of this service will be sung to Gregorian chant to echo this minimalist style.

This morning’s Communion Motet by Dubra was based on I Corinthians 2: 9:

No eye has seen, no ear has heard,
no mind has conceived
what God has prepared
for those who love him. 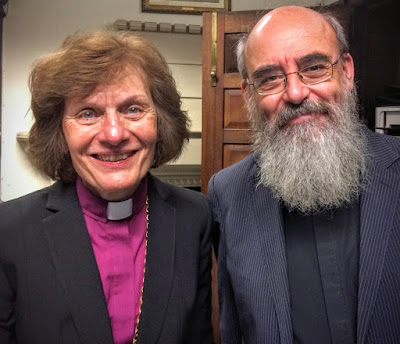 This morning’s occasion was the Cathedral Eucharist with the Ordination of a Deacon by the Archbishop of the Latvian Evangelical Lutheran Church Abroad, the Most Revd Lauma Zušēvica.

The celebrant was the Archbishop of Dublin, Dr Michael Jackson, and the preacher: was the Precentor of Christ Church, Canon Neill McEndoo.

The Latvian Evangelical Lutheran Church Abroad (LELCA) is a Lutheran Church with a presence in Latvia, Ireland, Sweden, Germany, the United Kingdom, Australia, Canada, and the US. It is a member church of the Lutheran World Federation, which it joined in 1947, and is also a full member of the Porvoo Communion, which brings together the Anglican and Episcopal Lutheran Churches in Europe, the World Council of Churches and the Conference of European Churches.

The church was originally formed by Latvia refugees after World War II, when Latvia was occupied and incorporated into the Soviet Union.

Dr Lauma Zušēvica, who lives in the US, became the first woman Archbishop of the Latvian Evangelical Lutheran Church Abroad in 2014.

This morning, Archbishop Lauma ordained the Revd Imants Miezis as deacon. Imants is a journalist and the founder of website www.baltic-ireland.ie. He has been working in Dublin for the past 11 years. As he will minister in Dublin, the Archbishop of Dublin gave him a licence to officiate in the Dioceses of Dublin and Glendalough. Archbishop Jackson’s central role in this Latvian ordination symbolised the bond that exists in the Porvoo Communion between the Anglican and Episcopal Lutheran member Churches.

Later, after coffee in the crypt, three of went to lunch in Mykonos, the Greek restaurant in Dame Street, before two of us went for a walk along the sea front in Bray and around the harbour.

The tide was out and the sky and sea were such a rich blue that it was possible to imagine this afternoon that this was late summer rather than late autumn.

Before leaving Bray as the evening began to close in, we dropped into Carpe Diem on Albert Avenue for much needed double espressos.

Meanwhile, the Cathedral Choir is on Half Term until 30 October. It was a privilege to be part of the choir this morning. I hope other opportunities arise when they return. 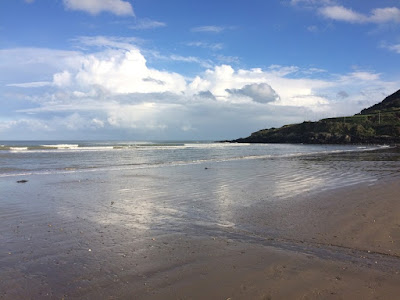 Autumn sunshine on the beach in Bray late this afternoon (Photograph: Patrick Comerford, 2016)