Winter begins to close in on
the mountains and the valleys 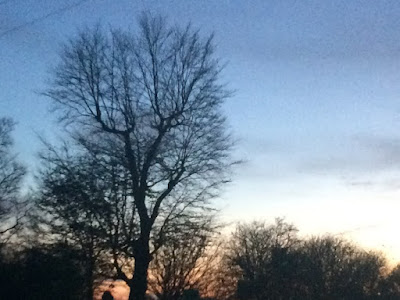 Autumn has turned to winter, and it was a cold and frosty morning this morning, with temperatures hovering between 0 and 2 as I left the house for Christ Church Cathedral.

I was the deacon at the Cathedral Eucharist this morning, reading the Gospel (Luke 23: 33-43) and assisting at the administration of the Holy Communion.

Today, the Sunday before Advent (20 November 2016) marks the Feast of the Kingship of Christ. The Dean of Christ Church, the Very Revd Dermot Dunne, presided at the Eucharist, and the setting was the Mass in G by Franz Schubert (1797–1828), sung by the Cathedral Choir.

Later, four of us went to lunch in Mykonos, the Greek taverna nearby in Dame Street. But by early afternoon, it was obvious that darkness was soon going to close in, and two of us decided to travel up into the Dublin and Wicklow Mountains for a brisk walk in the sharp early winter weather in the Glenasmole Valley.

The Glenasmole Valley is home to the Bohernabreena reservoir and waterworks and is managed by Dublin City Council. The reservoirs supply water to about 35,000 households in the southern central part of Dublin city.

Glenasmole is about 5 km from Tallaght. The Glenasmole valley is a designated Special Area of Conservation and has several different habitats, some of which are listed under the EU habitats directive.

Glenasmole was formed during the ice age by a glacier and consists of two valleys. The higher valley was shaped by upland and lowland glaciations. The lower valley is more deep and narrow.

The Glenasmole Valley features in Irish mythology and the many stories and legends about Oisin, Fionn and the Fianna.

The Bohernabreena Waterworks, stretching from Bohernabreena to Casltekelly, were built in 1883-1887 and work began on the reservoirs in the 1880s to serve three objectives: flood control, a supply of drinking water and water to the mill owners in south Co Dublin.

There are two reservoirs. The upper lake with cleaner water from the lower, non-peaty slopes of the mountains provides drinking water; the lower lake contains peaty water from the upper slopes the supplied the numerous mills down the Dodder.

The stone-faced channel that runs parallel to the upper lake brings water directly to the lower lake. The water is then brought to Ballyboden, 7.5 km away, for treatment.

Over 100 years ago, the two lakes were quite bare around the edges. Now, with a mixture of planting and natural colonisation, there is a mixture of larch, Scots pine, Corsican pine, Douglas fir, hazel, birch, ash and sycamore.

Recent proposals by the National Assets Management Agency to sell of much of the Glenasmole Valley has upset many people who enjoy outdoor walks in this part of the Dublin and Wicklow mountains and threatens proposals for the development and expansion of the Wicklow Mountains National Park.

This park has been developed carefully and strategically over the past 20 years and is one of the great conservation stories in Ireland. The aim is to eventually have a national park of 75,000 acres, but NAMA is planning to sell the 5,000 acres of land it holds and that make up a key element of the planned park.

The sale was proposed by NAMA even though this is a Special Area of Conservation and is of minimal commercial value. 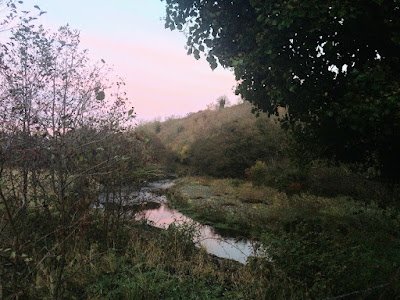 Dusk turns to darkness in the Glenasmole Valley this evening (Photograph: Patrick Comerford, 2016)

As dusk turned to darkness, we drove on from Glenasmole to Blessington in West Wicklow. Because I was working in London on Thursday and Friday, I had missed the light snow that fell in this part of Ireland at the end of last week. There was still some snow covering the peaks of the higher mountains, but the sky was clear and the temperatures were dropping as the winter darkness enveloped the mountains and the valleys, and the clear, dark blue skies, with some reflections of the long-set sun, gave a deep and colourful background to the bare trees.

Eternal Father,
whose Son Jesus Christ ascended to the throne of heaven
that he might rule over all things as Lord and King:
Keep the Church in the unity of the Spirit
and in the bond of peace,
and bring the whole created order to worship at his feet,
who is alive and reigns with you and the Holy Spirit,
one God, now and for ever. Amen.

Posted by Patrick Comerford at 19:15