An afternoon rummaging
in some of my favourite
bookshops in Cambridge 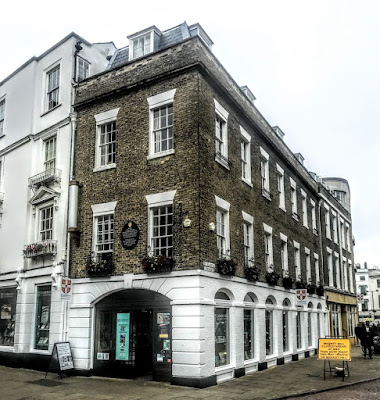 Cambridge has a wonderful array and choice of bookshops, and so, after this week’s USPG conference at High Leigh in Hoddesdon, I found I had the best part of an afternoon to spend rummaging and browsing in some of my favourite bookshops.

Cambridge is just half an hour by train from Broxbourne, the station nearest to High Leigh, and there are trains every half an hour or so. As you might expect for a university city, Cambridge has a wide variety of bookshops in Cambridge, some of them unique.

A favourite bookshop for many was Galloway and Porter at 30 Sidney Street, beside Sidney Sussex College. But, sadly, the shop closed in 2010. The Angel Bookshop was another bookshop in Ben’e’t Street, just off King’s Parade, but closed in 2015 and is still much-missed independent. More recently, John Smith closed its bookshop in Cambridge at the end of last month [31 May 2019]. But Cambridge still has an enthralling array of bookshops. 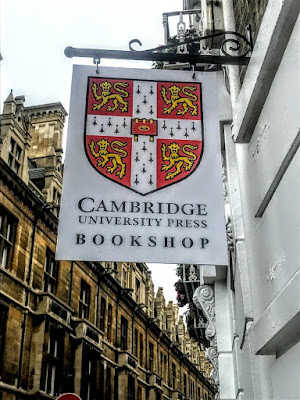 This week, I was oblivious to the passing time on a summer afternoon while I was browsing in the religious studies section on the first floor of the Cambridge University Press Bookshop is at No 1 Trinity Street, on the corner with Market Hill. On one side I was looking out onto the Senate House and Gonville and Caius College on one side, and on the other at Great Saint Mary’s Church. This shop claims to be the oldest bookshop site in Britain, selling books from the oldest publisher in the world.

Cambridge University Press opened its bookshop here in 1992, but the shop itself has been around for a great deal longer, selling books all the while – since 1581, in fact, when it was run by William Scarlett. Some sources claim there was a bookshop on the site from 1505, but it can certainly claim to be the oldest known bookshop in Britain.

The Cambridge University Press originated from Letters Patent to the University from Henry VIII in 1534. CUP printed its first book in 1584 and has been producing books ever since. The first University printer, Thomas Thomas (1553-1588), was based from 1583 just across the street on what was Regent Walk – not to be confused with Street, but on what is now the Senate House Lawn. At one time, this area was the book-selling centre of the town.

Meanwhile, the bookshop at No 1 Trinity Street passed from hand to hand over the centuries, until Thomas Stevenson died. It was then bought in 1846 by the Scottish publisher Daniel Macmillan (1813-1857), grandfather of the Prime Minister, Harold Macmillan, and his brother Alexander Macmillan (1818-1896).

It was here that Tennyson gave a reading of his poem Maud, that Thackeray had lunch with the founders of the Macmillan publishing empire, and that Charles Kingsley was welcomed as a frequent guest.

The Macmillans employed their nephew Robert Bowes as an apprentice. He later became a partner and eventually took over the business.

During a vote on the right of women to received the BA degree at Cambridge in 1897, protesting students took over Macmillan and Bowes and displayed an effigy of a woman on a bicycle from a first floor window. The university rejected the application to admit women that year, although they were finally admitted in 1948. 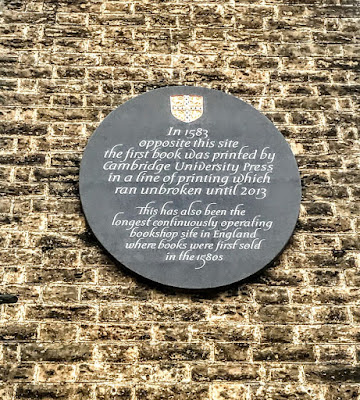 A plaque on the Trinity Street side summarises the story of the bookshop (Photograph: Patrick Comerford, 2019)

The bookshop is still thriving today. It does not stock fiction or poetry, but specialises in academic texts on literary theory, philosophy and more. There are around 50,000 different titles on the shelves and access to a substantial backlist of print on demand editions, delivering books that are often hard-to-find to people who need them around the world.

The shop expanded around the corner in 2008 into No 27 Market Hill, where it opened its specialist Education and English Language Teaching shop the following year. Recently, the shop has been transformed with touch screens placing its catalogue of books and teaching materials at the fingertips of buyers and browsers.

A few steps away at No 30 Trinity Street, opposite Trinity College, Heffers Bookshop has been called ‘the most knowledgeable bookshop in Cambridge.’ William Heffer, reportedly the son of illiterate agricultural workers, was born in a village 15 miles from Cambridge. 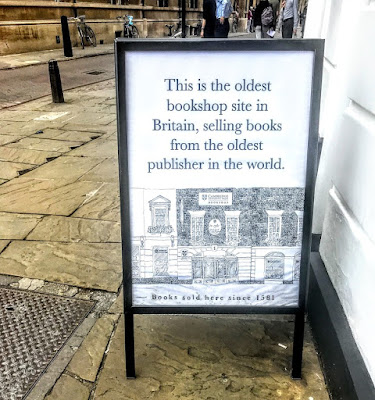 Heffers first opened its doors in Cambridge at 104 Fitzroy Street in 1876. Initially it was a stationery shop, but books were soon added. Heffers moved to Petty Cury and was there until 1970, when the shop moved to the present premises at Trinity Street, opposite Trinity College. Although Heffers became part of the Blackwell’s academic chain in 1999, it remains an institution in Cambridge.

The shop’s departments range from children’s books to crime fiction, and there is an array of fiction and non-fiction titles, as well as music and stationery and the probably the best range of board games in Britain. It opened its dedicated children’s department in 2010 in a bright space that is filled with thousands of books.

The shop also has a year-round events programme, featuring both well-known and debut authors, children’s activities and games nights.

I also called into Waterstones at 22 Sidney Street, close to Sidney Sussex College. Although it is part of large chain, the shop always has many books of Cambridge interest. Across four floors, there are books from all over the world that give this a more academic atmosphere than most chain bookshop.

Oliver Soskice, a Cambridge painter and the husband of Janet Soskice – a fellow of Jesus College and Professor of Philosophical Theology in Cambridge – found himself trapped upstairs in Waterstones in Cambridge two years ago [13 February 2017].

Staff closed up that evening while he was still inside, and he was alone inside for almost an hour and a half before a manager came to his rescue – which just goes to show how easy it is to get lost in a book and in a bookshop in Cambridge. 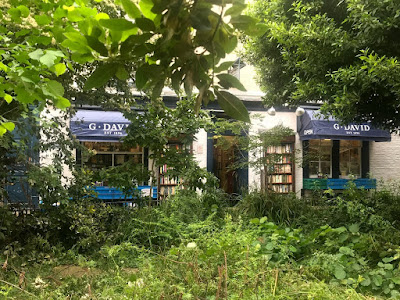 My favourite independent, second-hand and antiquarian bookshop in Cambridge is G David in a quiet corner at 16 Saint Edward’s Passage, beside the Church of Saint Edward King and Martyr.

This independent bookshop sells antique, second-hand, remaindered books, maps and prints dating back to the late 1800s. It was founded by Gustave David in 1896, and has been run by his family across three centuries.

However, the main attraction is the treasure trove of books, stacked on the ground floor and on the footpath outside in huge piles.

Cambridge has so many book lovers that it is no surprise that the charity bookshops are well-stocked. They include the Amnesty Bookshop at 4 Mill Road and the Oxfam Bookshop at 28 Sidney Street, near Sidney Sussex, Magdalene and Saint John’s.

Over the years, I have found many treasures in the Oxfam Bookshop. This is a bookshop with a difference, well-stocked with rare and unusual books, maps, children’s books, vinyl, art and philosophy, books in Greek and Latin, sheet music, fiction and non-fiction. fiction. 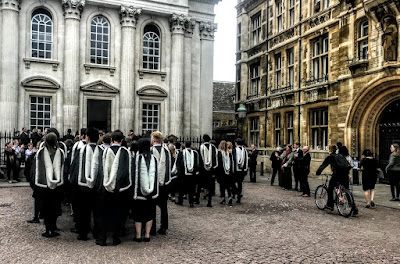 Graduands from King’s College line up outside the Cambridge University Press Bookshop this week to enter the Senate House (Photograph: Patrick Comerford, 2019)