Sad to hear of the plans to close
Saint John’s College, Nottingham 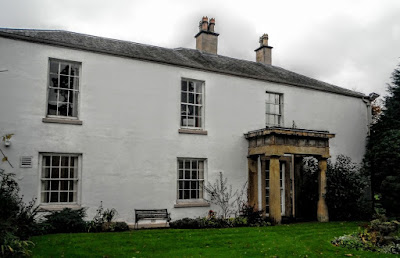 It was sad to read in the Church Times at the weekend that Saint John’s College, Nottingham, is to close after 156 years.

While I was on the staff of the Church of Ireland Theological Institute, I worked closely with Saint John’s and the college staff. The principal, Canon Christina Baxter, was an external examiner at CITI and a regular visitor, and I also worked closely with other staff members, including the Revd Dr Tim Hull, tutor in theology.

I regularly visited theological colleges in England, to compare notes and network with academics who were teaching in the same fields as I was teaching in, including Church History, Liturgy and Patristics, and I was welcomed to Saint John’s in 2013.

A statement last week said the college council agreed last month [11 November 2019] ‘that the operation of the current configuration of St John’s is no longer financially viable in the long term,’ and that the process of closure would begin.

It now looks as though most of the 28 people working at Saint John’s, including tutors, are to transfer to new posts in institutions that continue the college’s distance-learning and youth-ministry work. But, inevitably, there will be job losses and redundancies by next summer.

Students have been reassured that their courses will continue until they have completed them.

The Principal of the Eastern Region Ministry Course, the Revd Dr Alex Jensen, a former lecturer at the Church of Ireland Theological College, suggested there is ‘great fear’ in the Theological Education Institutions (TEI) sector that other closures could follow. ‘Hardly any college or course is financially sustainable,’ he told the Church Times last week, wondering when ‘the next college or course falls by the wayside.’

The broader context for theological education was illustrated by figures seen by the Church Times, suggesting a target in the Church of England of a 50 per cent increase in ordained vocations is unlikely to be met by 2020.

Saint John’s decided in 2014 to stop recruiting students, including ordinands, to study on campus. Plans were announced for ‘remodelling the college to meet the future training needs of the Church.’ It was renamed Saint John’s School of Mission in 2015, although it later returned to calling itself Saint John’s College.

Plans were made to place students with a church and to study for two days a fortnight at the campus. All recruitment was suspended for the academic year 2016-2017, and the last ordinands finished training in June 2017.

Healthier finances were secured in 2017 when land was sold for a new housing development. The college reported a surplus of £1.3 million in 2018, compared with a deficit of £612,853 the previous year. The Revd Dr David Hilborn, who welcomed me to Saint John’s six years ago, resigned as principal at the end of last year, and is now Principal of Moorlands College, Christchurch, an evangelical college in Dorset.

As far back as 1997, the college was facing financial pressures and falling student recruitment. But a ‘mixed-mode’ delivery of ordination training was introduced, and two years later the Midlands Institute for Children Youth and Mission (MCYM) was opened on site, in partnership with Youth for Christ, offering two undergraduate degrees. This became the college’s main source of income.

However, the MCYM announced in October it was moving to Leicester to merge with the Institute for Children Youth and Mission. That move includes moving a collection of 10,000 books, while discussions are taking place way with the Diocese of Southwell and Nottingham, and Saint Mellitus College, East Midlands, to ensure the Saint John’s library has ‘a new home in Nottingham.’

The last remaining building owned by Saint John’s will be sold, and the three parts of the legacy – MCYM, distance-learning, and the library – will be given funds to help to secure their future in new homes.

The Queen’s Foundation, Birmingham, is to take over the Extension Studies department, offering distance-learning courses and degrees validated by the University of Durham. The majority of staff, including tutors, are expected to transfer to Leicester or Birmingham. 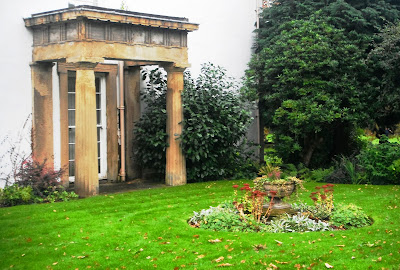 Saint John’s was originally founded as the London School of Divinity, an evangelical college, in 1863. Former principals include Donald Coggan, later Archbishop of Canterbury, and the evangelist and theologian Michael Green. Another Archbishop of Canterbury, George Carey, trained at Saint John’s, as did Bishop Christopher Cocksworth of Coventry, Bishop Vivienne Faull of Bristol, Archbishop Janani Luwum of Uganda, and the recently retired Bishop Harold Miller of Down and Dromore.

The college was founded by the Revd Alfred Peache and his sister, Kezia, after they inherited their father’s fortune. The college was established to provide an evangelical theological education to ordinands who could not go to university. Canon Thomas Boultbee was the first principal and Lord Shaftesbury became the first president of the college council.

The first premises near Kilburn High Road Station were known as Saint John’s Hall, and Saint John’s became an informal name for the college, perhaps because Boultbee was a graduate of Saint John’s College, Cambridge.

The college moved to Highbury in 1866 and remained there for almost 80 years, with close links to Arsenal FC and their grounds at Highbury. During World War II, the faculty, staff and students were evacuated to Wadhurst School in Sussex in 1942 when the Highbury buildings were damaged by air-raids.

The future Archbishop of Canterbury, Donald Coggan, became principal in 1944, and for the 10 years he was principal, the college was based at Harrow School and then at Ford Manor in Lingfield, Surrey.

Under Dr Coggan’s successor, Canon Hugh Jordan, discussions began on moving away from London. Canon Jordan believed the future of the college was outside London but near a university. A site was available in Nottingham, where the university’s theological department was growing in reputation. His successor as principal, Canon Michael Green, oversaw the move from London to Bramcote in Nottingham in 1970.

With the move from London, the London College of Divinity changed its name to Saint John’s. As Saint John’s, the college pioneered distance learning programmes in theology in the late 1970s, and made new theological thinking and research accessible to a wide audience through its A5-sized Grove Booklet series.

Former staff members include Dr George Bebabwi, an Egyptian scholar who was one of my lecturers at the summer school on ‘The Ascent to Holiness,’ organised by the Institute for Orthodox Studies at Sidney Sussex College, Cambridge, in 2008. I still recall how he barely managed to stick to his script as he delivered his paper on ‘Discernment’ with great style, compassion and humour.

Dr Bebabwi warned against what he described as ‘learning wisdom.’ He quoted from the Egyptian Desert Father, Abba Poemen, who said: ‘A man who teaches without doing what he teaches is like a spring which cleanses and gives drinks to everyone, but is not able to purify itself.’

Thanks for all this history, Patrick. V interesting, and sad to see St John's go.
(I too taught some of their courses after completing 5 years lecturing in CITC and heading for a parish incumbency in the earky 1990s) I note that David Hewlett will be getting some of the St John's work at The Queen's Foundation, where he is still the Principal, though now sensibly living in Malvern.