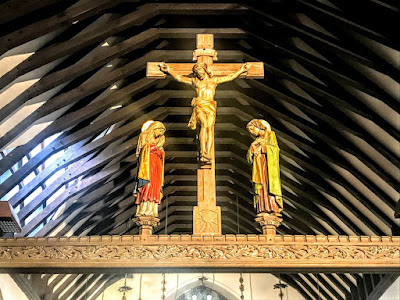 ‘Woman, here is your son … Here is your mother’ … the Virgin Mary and the Beloved Disciple depicted on the Rood Beam in the parish church in Saint Agnes, Cornwall (Photograph: Patrick Comerford, 2019) 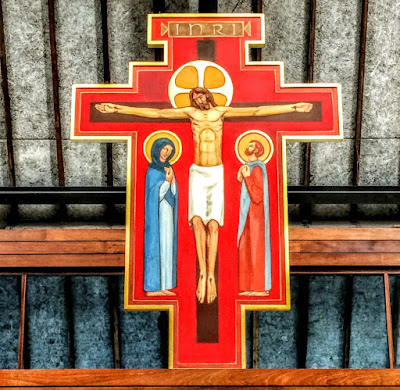 ‘Woman, here is your son … Here is your mother’ … the Virgin Mary and the Beloved Disciple depicted on an icon cross in a church in Glasnevin, Dublin (Photograph: Patrick Comerford) 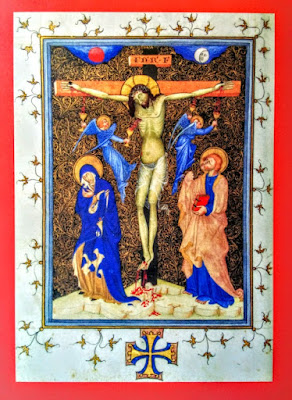 ‘Woman, here is your son … Here is your mother’ … an image in Barcelona Cathedral (Photograph: Patrick Comerford)

(Revd Canon Professor) Patrick Comerford is priest-in-charge, the Rathkeale and Kilnaughtin Group of Parishes. This is the third of seven reflections on ‘the Seven Last Words’ prepared for Good Friday, 10 April 2020.