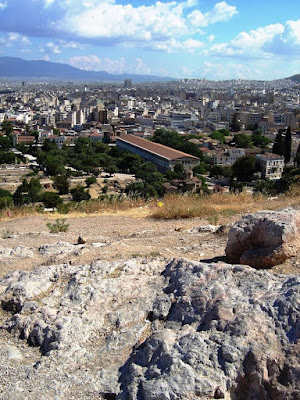 In recent days, the British media – particularly the ‘red-top’ tabloids and popular news channels – appear to be devoting undue attention to people crossing the channel between France and England, seeking refuge and asylum.

It is not illegal to cross the Channel, as many British tourists must realise today as they seek to return hastily from France this weekend to avoid self-isolation for 14 days.

Nor is it illegal to seek refuge or asylum – it is a right guaranteed in international law , and a right that does not have to be claimed in the first country a migrant arrives in, despite the language used in many media reports.

These reports are timely. They distract from the British Government’s abysmal handling of the crisis created by the Covid-19 pandemic, and at that the same time they whip up populist demands for Britain to take a harder line in the ‘Brexit’ negotiations, which are going nowhere apart from descending into a vortex, and the consequent economic depression that is a consequence of both scenarios.

There was a glimpse into the level of incompetence among British politicians this week when the British Immigration Minister, Chris Philp, in a live press conference in France, said ‘France and Germany’ were working together in the spirit of co-operation. He quickly corrected that to say, ‘France and the United Kingdom,’ and then asked at the live press conference to ‘record that bit again.’

One commentator has compared the distraction created by hysterical reports on boats and people in the English Channel to bear-baiting – a distraction in which innocent victims allow cruelty to be played out without attending to the real wrongs in society.

The atmosphere being created deliberately is so horrific that racist postings on social media are becoming widespread throughout Britain, and have moved beyond low-level racism to something that is disgusting yet tolerated.

I am a member of Facebook group in one English town where one poster constantly posts images of people in boats in the English Channel, with captions he claims are merely joking. Anyone who criticises him and those who support him is subjected to low-level bullying, being dismissed as humourless ‘snowflakes,’ and even become the targets for outright, vulgar abuse. I am related to one of the oldest families in that town (not Lichfield, I hasten to add, in case anyone is mislead), and if I am treated like that I can only begin to imagine how unwelcome some of the newest families in that town have felt this week.

We just have to step back a few decades and imagine how we would have responded to similar postings if Facebook existed in the 1930s and 1940s, and the butt of sick humour was people packed into trains, with comments about gas chambers.

I have an imaginative sense of humour, and I hope I am not so precious about myself that anyone might think I am a snowflake. But racism is ugly.

Indeed, the language being used in the right-wing media today about distressed people caught in the Channel is very similar to the language used in the mid-1930s by the Daily Mail and the Daily Express, about German Jews seeking asylum in Britain while the press barons supported the Hitler and the Nazis.

I have been told that ‘racism is in the eye of the beholder.’ But that is to blame the person who speaks out against racism for its existence in the first place. No, racism is created by the perpetrator, not by those who object to it.

As the writer Sophie Williams points out in the Guardian Weekend today, when someone says something like ‘I’m not being racist, but …’ the answer simply is ‘Yes. You are. Stop it.’ To argue with any proposition is to begin with the potential concession that your opposite number may have some germ of truth in what they have to say, and to accept that as you both listen and debate you may have to modify, if not change, your views.

The word ‘snowflake’ is a pejorative term coined by the so-called alt-right to dismiss people they seek to marginalise and that they categorise as being on the far-left. But racism is and should be opposed by all decent people, from left to right, irrespective of political views or loyalties. To categorise people who speak out against racism as humourless, left-wing ‘snowflakes’ seeks not only to blur the difference between humour and abuse, but to shift the centre ground of politics, so that the extreme right claim the ground of once-acceptable decent Tories, which is already happening in the Conservative Party under Dominic Cummings, and everyone else is portrayed as being further left than they are. Listen to the language Trump uses today about ordinary, centre-ground Democrats.

There is no arguing about racism or with racists. Racism is wrong. It is ugly. There is nothing to concede. Full Stop. Otherwise we are on the road to Auschwitz and Dachau. 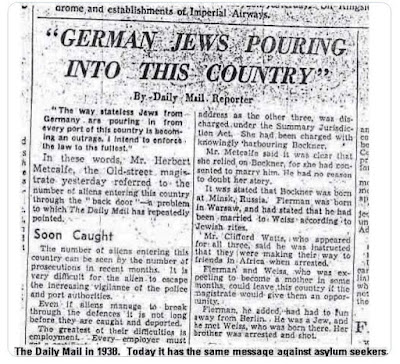 And so, earlier today, as I was putting the finishing touches to intercessions for use in the churches in Askeaton and Tarbert tomorrow morning, I was please to read next week’s intercessions in Pray With the World Church, the Prayer Diary of the Anglican mission agency USPG (United Society Partners in the Gospel).

The prayers for 16 to 22 August take the theme ‘From Calais to Athens: Refugee and Migration Initiatives.’ This theme is introduced by the Revd Kirrilee Reid, Chaplain and Refugee Projects Officer in northern France.

‘In February I travelled to Athens to share in the refugee ministry of the Anglican Church in Greece.

‘The refugee context in Greece is similar in many ways to that of Calais. Generally, refugees have been travelling for some time, often crossing the Aegean to one of the islands and eventually arriving on the mainland. Indeed, many have been in the camps for years. But Calais, unlike Athens, is very much a transitory place.

‘I was hosted by the Chaplaincy in Athens and we were able to spend some quality time together sharing our experiences, discussing local responses and supporting each other in our respective ministries.

‘I was nourished by my time spent building new connections. Visiting various projects in Athens has helped inform my own work. One conversation that we shared in over the week was about how easy it is to become so immersed in the needs in front of us that we forget to speak out and challenge governments to change the way they operate. The current situation with refugees and migrants is untenable and unsustainable. There is a need for creative global solutions.’

The prayers for this coming week pray:

Lord God of wilderness, wave and wind,
you travel with wanderers of the world.
Stay close, we pray to all who live with loss,
in terror and adrift,
and spur us on to build a world where
there is truly room for all. Amen.

Let us give thanks for the Anglican Church in Greece and pray for its ministry to refugees in Athens.

Let us pray for the chaplaincies across Europe who are reaching out to refugees and migrants trying to make new homes for themselves and their families.

Let us pray for more creative global solutions to be found to address the challenges refugees face.

Let us pray that refugee camps all over the world will have access to medical care to deal with the threat posed by Covid-19.

Friday 21 August (International Day of Remembrance and Tribute to the Victims of Terrorism):

Let us pray for peace and comfort for everyone who has been affected by acts of terrorism.

Saturday 22 (International Day Commemorating the Victims of Violence Based on Religion or Belief):

Let us pray for an end to all forms of religious persecution and sectarianism. 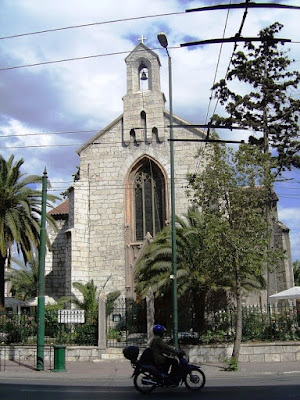 ‘Let us give thanks for the Anglican Church in Greece and pray for its ministry to refugees in Athens’ … the USPG Prayer Diary … Saint Paul's Anglican Church, Athens (Photograph: Patrick Comerford)