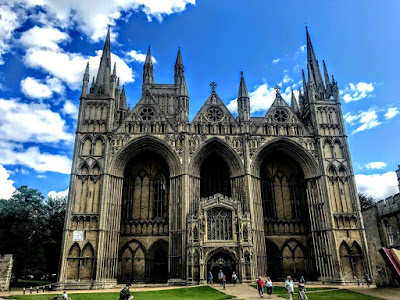 This morning (10 May 2021), my photographs are from Peterborough Cathedral, which describes itself as ‘a holy place for over 1,300 years’ that ‘inspires awe and wonder in everyone who approaches the magnificent west front; even more so when they enter inside.’

Peterborough Cathedral is dedicated to Saint Peter, Saint Paul and Saint Andrew. The three arches forming the Great West Front are the defining image of the cathedral, unrivalled in mediaeval architecture.

The statues of the cathedral’s three patrons, Saint Peter, Saint Paul and Saint Andrew, look down from the three high gables of the West Front. Although the cathedral was founded in the Anglo-Saxon period, its architecture is mainly Norman, following a rebuilding in the 12th century.

Despite extensions and restorations over the centuries, this cathedral remains one of the most important 12th-century buildings in England to have remained largely intact in England, alongside the cathedrals in Durham and Ely.

The Diocese of Peterborough covers the northern half of Peterborough in Cambridgeshire, and the counties of Northamptonshire and Rutland. Peterborough Cathedral was one of the last great churches to be built in the Romanesque style. The cathedral celebrated its 900th anniversary three years ago (2018). 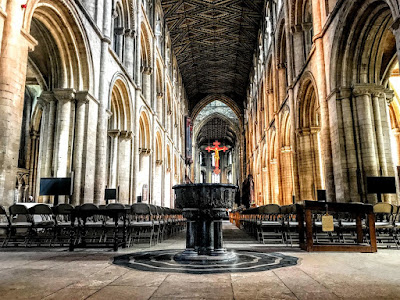 Inside Peterborough Cathedral … one of the most important 12th-century buildings in England (Photograph: Patrick Comerford)

[Jesus said:] 26 ‘When the Advocate comes, whom I will send to you from the Father, the Spirit of truth who comes from the Father, he will testify on my behalf. 27 You also are to testify because you have been with me from the beginning.

1 ‘I have said these things to you to keep you from stumbling. 2 They will put you out of the synagogues. Indeed, an hour is coming when those who kill you will think that by doing so they are offering worship to God. 3 And they will do this because they have not known the Father or me. 4 But I have said these things to you so that when their hour comes you may remember that I told you about them.

‘I did not say these things to you from the beginning, because I was with you.’ 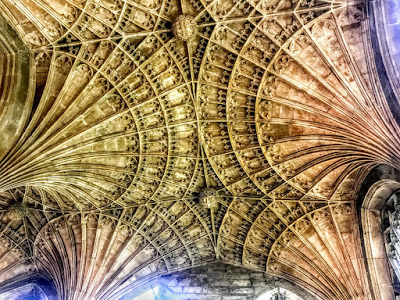 The fan vault in the ‘New Building’ at the east end (Photograph: Patrick Comerford)

We pray for the work of leaders across the world church. May they work together to share the Good News of Jesus Christ. 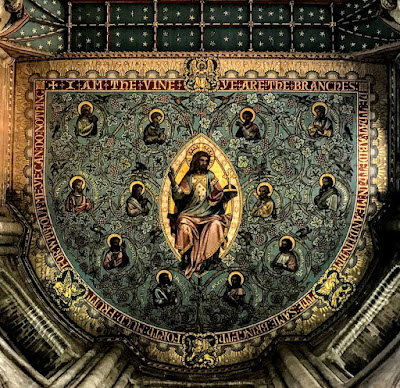 The ceiling in the apse chapel was painted in 1856 to a design by Sir George Gilbert Scott and depicts Christ as the True Vine, with the apostles as the branches (Photograph: Patrick Comerford) 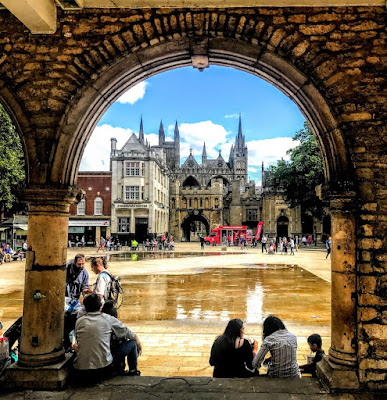