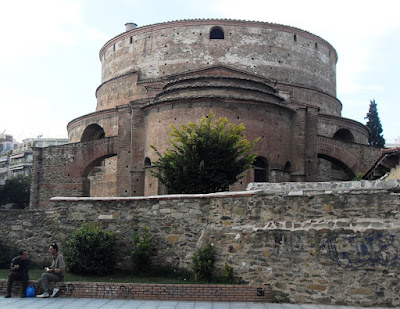 The Rotunda is the oldest church in Thessaloniki (Photograph: Patrick Comerford)

Today is the Eighth Sunday after Trinity. Later this morning, I am leading Morning Prayer in Castletown Church, Co Limerick, and presiding and preaching at the Parish Eucharist in Holy Trinity Church, Rathkeale.

This week’s theme is seven churches in Thessaloniki. Earlier in this series, I visited Vlatadon Monastery in the hills above Thessaloniki (29 April 2021). This morning (25 July 2021), my photographs from the Rotunda in Thessaloniki. 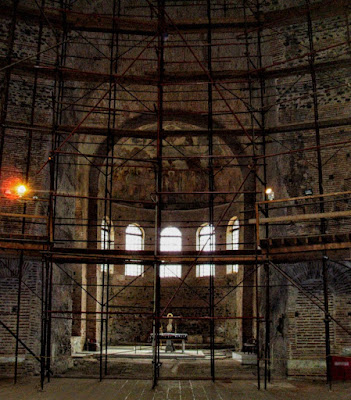 Inside the Rotunda in Thessaloniki (Photograph: Patrick Comerford)

The Rotunda is the oldest church in Thessaloniki, and some Greek sources claim this is the oldest Christian church in the world, although there are competitors for that title. It is the most important surviving example of a church from the early Christian period in the Greek-speaking part of the Roman Empire.

The Rotunda, which is close to the Arch of Galerius is, built by the Emperor Galerius as his future mausoleum. But he died in Serbia, he was never buried here, and the Rotunda stood empty for several decades.

The Emperor Theodosius I ordered the conversion of the Rotunda into the Church of Asomaton or Archangelon in the late fourth century. The church has eight barrel-vaulted niches and was decorated with high quality mosaics. Some fragments of the frescoes and mosaics survive.

After the city fell to the Ottomans, it was converted into the Mosque of Suleyman Hortaji Effendi in 1590, and a minaret was added to the building. It continued to be used as a mosque until 1912, when Thessaloniki was incorporated into the modern Greek state.

The Rotunda was reconsecrated as the Church of Aghios Georgios (Saint George), although the Ottoman minaret was left standing. The building was damaged in the 1978 earthquake, and has restored once again.

It is now an historical monument under the Ephorate of Byzantine Antiquities of the Greek Ministry of Culture, and the Greek Orthodox Church continues to use it for festivities on some days during the year. 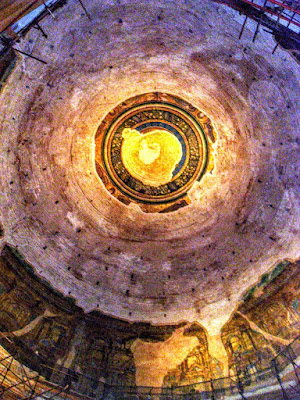 The dome inside the Rotunda (Photograph: Patrick Comerford) 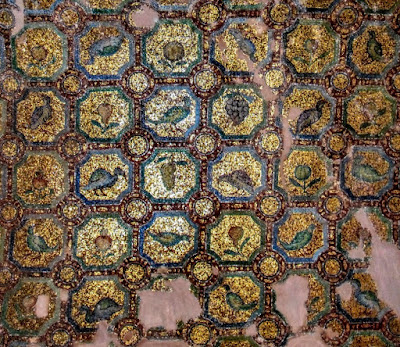 Some fragments of the mosaics in the Rotunda depict peacocks, an early symbol of the Resurrection (Photograph: Patrick Comerford)


Almighty Lord,
May we rejoice in Your name.
Fill our mouths with laughter,
And our tongues with shouts of joy. The Rotunda is close to the Arch of Galerius and was built by the Emperor Galerius as his future mausoleum (Photograph: Patrick Comerford) 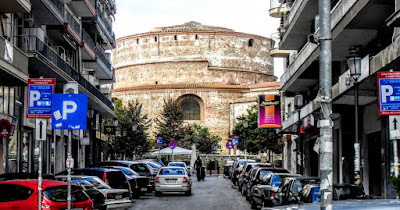