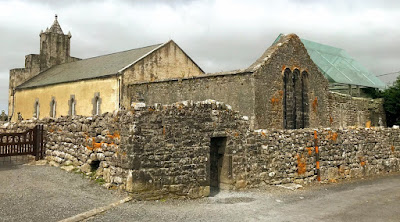 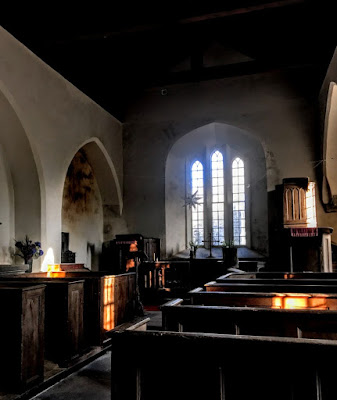 Since my appointment as Precentor of Limerick, Killaloe and Clonfert in 2017, I have tried to visit all the cathedrals and former cathedrals in the diocese. This morning (15 July 2021), my photographs are from Saint Fachan’s Cathedral, Kilfenora, Co Clare.

This saint has also been identified with Saint Fachtna, the founder of Rosscarbery in Co Cork.

Kilfenora was recognised as a diocese at the Synod of Kells in 1152, when a new diocese was one of three carved out of the Diocese of Killaloe. The smaller dioceses of Roscrea and Scattery Island lost their diocesan status within a short time, but Kilfenora remained the centre of a diocese that corresponded with the ancient territory of Corcomroe.

By the 12th century, there were six or even seven high crosses on the site at Kilfenora, forming one of the largest collections of high crosses in Ireland.

Nevertheless, over the centuries, there were few able candidates who were willing to become Bishop of Kilfenora. An unnamed Bishop of Kilfenora took the oath of fealty to Henry II in 1172, but his two successors are known only by their initials.

In time, Kilfenora was the second smallest diocese in Ireland, with Waterford the only diocese that was smaller. The Diocese of Kilfenora is 29 km long, 14.4 km wide, and extends to 55,000 ha (135,700 acres). It is slightly smaller than the adjacent Diocese of Kilmacduagh; the three Aran islands – Inisheer, Inishmaan and Inishmore – were also included in Kilfenora.

Because Kilfenora was remote, impoverished and insignificant, it was difficult to attract bishops in the 17th century. When Richard Betts arrived in 1628, he declared ‘I have no wish to become bishop of the poorest see in Ireland’ – and he promptly returned to England.

Today, the church shows a curious mix of styles from a number of periods. The oldest part is probably the rough-cast north wall of the nave with blocks that are now covered with plaster.

Today, Saint Fachan’s Cathedral is only remaining Church of Ireland parish church in the Diocese of Kilfenora. It is grouped with Drumcliffe (Ennis) group of parishes, where the Rector is the Revd Kevin O’Brien. The Dean of Kilfenora is the Dean of Killaloe, the Very Revd Roderick Smyth, who is also the Dean of Clonfert and the Provost of Kilmacduagh. 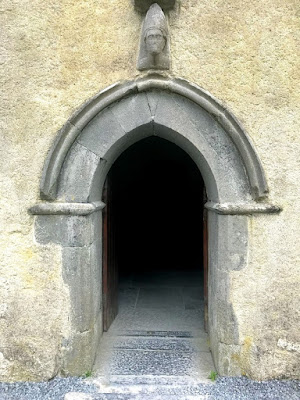 The carved head of a bishop above the door into the South Porch of Kilfenora Cathedral (Photograph; Patrick Comerford) 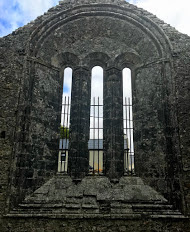 Let us pray for the young. As they enter a world filled with uncertainty, may You guide them in the right direction. We pray for the educators who encourage them, and the adults who support them. 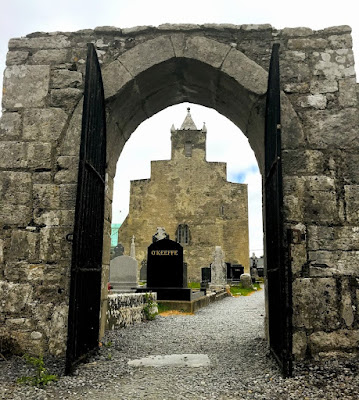 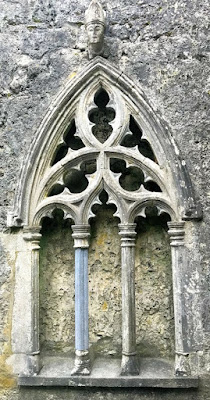 A carved 15th-century Gothic recess, once described as a sedilia, may have been a 15th century wall tomb (Photograph: Patrick Comerford)