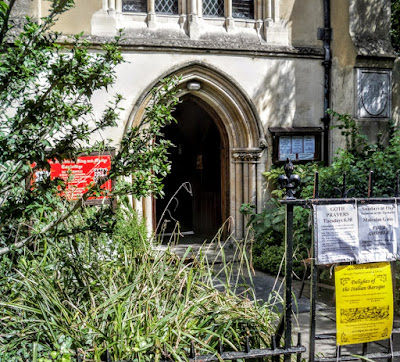 The Church of Saint Edward King and Martyr is surrounded on three sides by Saint Edward’s Passage (Photograph: Patrick Comerford)

My theme this week is churches in Cambridge that are not college chapels. My photographs this morning (23 August 2021) are from the Church of Saint Edward King and Martyr. 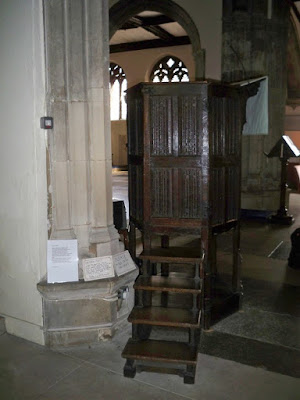 The Church of Saint Edward King and Martyr is on Peas Hill in central Cambridge. It is dedicated to Edward the Martyr, the murdered King of England (975-978). Saint Edward’s, on the west side of the Guildhall, is hidden away, surrounded on three sides by Saint Edward’s Passage, a pedestrian alleyway better known for David’s bookshop.

This is the only ‘royal peculiar’ in Cambridge. The church was founded in the 13th century on what is believed to be the site of an earlier Anglo-Saxon church. The church was rebuilt ca 1400, creating the present chancel and arches of the nave. The arch at the base of the tower remains from the original building.

The living of Saint Edward’s Church was granted to Trinity Hall in 1445 in compensation for the loss of lands at the foundation of King’s College, and the Chaplain is still appointed by Trinity Hall. Two 15th-century side-chapels were built in Saint Edward’s, the north chapel for Trinity Hall, and the south by Clare Hall (now Clare College.

At the Midnight Mass on Christmas Eve 1525, Robert Barnes preached what is said to be the first openly evangelical sermon in any English church. Over the next decade, many of the great reformers preached here, including Hugh Latimer, who was a regular preacher until he left Cambridge in 1531, and Saint Edward’s became known as the ‘Cradle of the Reformation.’

The east window was designed by George Gilbert Scott, and was added during the restorations of 1858-1860. The theologian FD Maurice was chaplain in 1870-1872.

In the 1930s, Saint Edward’s was the Toc H church for the east of England, and became known to students as ‘Teddy’s.’ 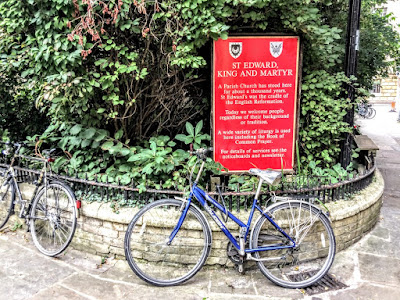 A bicycle at the railings of Saint Edward King and Martyr (Photograph: Patrick Comerford) 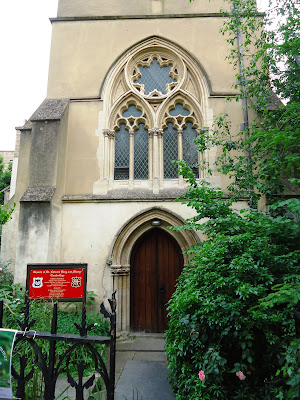 Saint Edward’s is known as the ‘Cradle of the Reformation’ (Photograph: Patrick Comerford)

The Prayer in the USPG Prayer Diary today (23 August 2021, International Day for the Remembrance of the Slave Trade and its Abolition) invites us to pray:

Lord, today we remember the horrors of the slave trade, and the efforts it took to abolish slavery in Britain and across the world. May we continue to discuss the legacies of slavery in a sensitive manner, centring the experiences of the enslaved and their descendants. 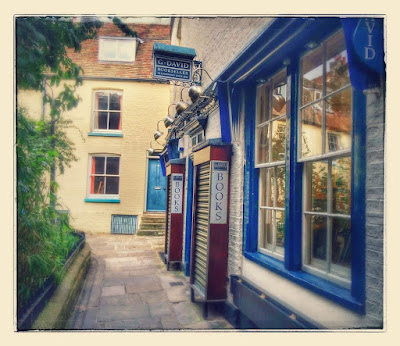 Saint Edward’s Passage … an attractive and quiet corner of Cambridge, away from the busy throng of summer tourists (Photograph: Patrick Comerford)