First Belonging –
from Sarawak to England and Back 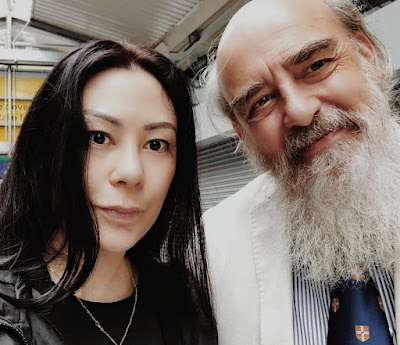 With Charlotte Hunter during a recent visit to Dublin

I maintain a family history website that connects me with people across the globe who share my surname and its variants, including Comerford, Commerford and Comberford. This website allows many people to develop a shared identity, not only because of a shared family name, but because they believe that they have found an identity that is rooted in time and place.

So, it was with particular personal interest that I read a feature on place and belonging that I could identify with by my friend Charlotte Hunter in the current edition of Koinonia (Issue 7, 10/2021, p 22), the magazine of the Anglican mission agency USPG (United Society Partners in the Gospel):

First Belonging – from Sarawak to England and Back

Having been accepted on ‘Journey with Us’ in November 2015, my 12-month placement was with the Anglican Diocese of Kuching in Malaysia. It was no coincidence that I ended up in my mother’s original city. This gave me the chance to connect with the Anglican church and with my family history on a deeper level. Since then, I have chosen to stay in Kuching for several months every year, still in the neighbourhood of my mother’s birth.

My claim to being a member of the Kuching community may seem tenuous. Though a daughter of a Sarawakian-Chinese mother, I am also a product of a Northern Irish father. Though there were extended visits to Kuching as a child I was born and raised in England, and English is my mother tongue. However, in Kuching there exists for me a physical rootedness to my identity in the form of a traditional style shophouse on Carpenter Street, in the heart of the old town, from which my maternal family flows.

You may ask why this is important to me, and the answer may be that because my identity is split along the fault lines of race, culture, and continents, I’ve always felt a need for something physical, something definitive, to help me see in part who I am. This extends to the bricks and mortar of the house in which my mother was born, to the portrait of my late uncle – hung now with the photos of his parents – to my cousin at work in the family trade of watch repair, bent over his microscope as his father had done before him, and our grandfather before him, and our great grandfather before him … ‘The poetry of the everyday’, I believe it’s called.

There’s a continuity present that stretches outwards to the rest of our quarter, in particular to the thin triangle formed between the family shophouse, the temple, and Lau Ya Keng food court. The food court has been a daily part of family life reaching back to my mother's childhood, and during those extended visits, part of mine too. I now feel a deep-seated recognition of the smell of kerosene from the mobile cookers mingled with freshly brewed coffee, while the sound of torrential rain pounds on corrugated metal roofs. It was in here that my uncle and I last spoke before his final illness, where he whispered to me in his failing voice: ‘I used to bring you here for satay when you were a little girl, and now you are bringing me’.

One cousin tells me I have a tendency to romanticise life in these parts, and I fear she is right. After all, for all the familiarity there is the unfamiliarity – what the writer Amin Maalouf describes as ‘being estranged from the very traditions to which I belong’. I think about the metal grille across the front of the shophouse which, when the shop is closed, needs to be pulled back to let anyone in or out. I have never been able to manage it.

Not because it is heavy or stuck, but like a mortice key in a tricky lock, it takes a sleight of hand gained through habitude to make it shift – something I do not possess. On more pensive, introspective days, it becomes a symbol for the alienation I know exists between myself and this society in which I both belong, and cannot one hundred percent belong. I speak none of the local languages, without which no person can ever truly inhabit a society, and for all my extended childhood visits, ultimately, I was socialised in England. The consequence is that there are social and cultural complexities within both my family and the wider community which I might never understand.

Nonetheless, the feeling of belonging is stronger than any sense of non-belonging. Were anyone to ask me where my first point of identity lies, I would say right here, among these narrow streets and dark, dilapidated shophouses, in the chaos and in the heat. I would say I belong to one house in particular – the place where I’ve found the steadfastness I’ve always needed, the wellspring where four generations of my family have lived, worked, married, been born, and died. When the time comes, throw my ashes in the back yard. I’ll be home.

This is an edited version of an article first written for KINO magazine, published March 2020. 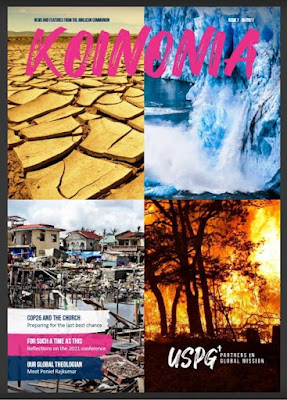