With the Saints through Christmas (37):
31 January 2022, Bishop Charles Mackenzie 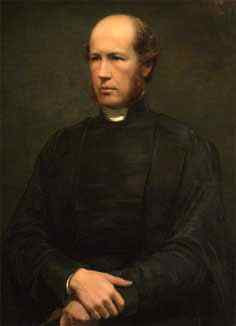 Bishop Charles Mackenzie, a key missionary figure in what has become the United Society Partners in the Gospel (USPG)

Today looks like being another busy day, with a school assembly talk later this morning, and then travelling to Dublin later in the day for a dental appointment tomorrow. But, before this day begins, I am taking some time early this morning for prayer, reflection and reading.

1, Reflections on a saint remembered in the calendars of the Church during the Season of Christmas, which continues until Candlemas or the Feast of the Presentation, on Wednesday (2 February);

This day in the Calendar of the Church of England and many other member churches of the Anglican Communion recalls Bishop Charles Mackenzie, a key missionary figure in what has become the United Society Partners in the Gospel (USPG).

Charles Frederick Frazier Mackenzie (1825-1862) was a Scottish-born Anglican bishop, and the first bishop in the British colonial territory of Central Africa.

He was born on 10 April 1825, at Portmore, Peeblesshire,in Scotland, the ninth son of Colin Mackenzie and Elizabeth Forbes. He was a brother of Anne Mackenzie, editor of The Net Cast in Many Waters: Sketches from the Life of Missionaries, London, 1866-1896.

He was educated at Bishop Wearmouth school and Edinburgh Academy, and entered Saint John’s College, Cambridge in 1844. He moved to Gonville and Caius College, where he graduated BA in 1848, and became a Fellow of Caius.

He was ordained priest in 1852 and was a curate in Haslingfield, near Cambridge (1851-1854). He went to Natal in South Africa with Bishop John Colenso in 1855, and there he served as Archdeacon of Natal. Mackenzie aroused opposition among the English settlers by agreeing with the bishop to wear a surplice and sharing Colenso’s demand that African Christians share full equality with white Christians in all Church affairs.

Illness forced Mackenzie to return to England briefly in 1859, and he used his time there to raise support for mission work.

Mackenzie became head of the Universities’ Mission to Central Africa in 1860. UMCA was founded as a missionary society three years earlier by Anglicans in the universities of Cambridge, Dublin and Oxford. It was firmly in the Anglo-Catholic tradition, and the first to devolve authority to a bishop in the field rather than to a home committee. It was founded in response to a plea by David Livingstone, and the society established mission stations that became the bishoprics of Zanzibar and Nyasaland (now Malawi), and pioneered the training of black African priests.

Mackenzie was consecrated bishop in Saint George’s Cathedral, Cape Town, on New Year’s Day, 1 January 1861. Following David Livingstone’s request to Cambridge, Mackenzie took on the position of being the first missionary bishop in Nyasaland, now Malawi. At the time, he was known as the time (Missionary) Bishop in Central Africa.

Mackenzie moved from Cape Town, and sailed with Livingstone up the Zambezi and Shire rivers with a small group, including Horace Waller, to start work. He arrived at Chibisa’s village in June 1861 with the aim of setting up a mission station at Magomero, near Zomba, while Livingstone continued with his expedition.

Mackenzie worked for a year in the Manganja tribal territory, despite constant illness, breakdowns in communications and supply lines, and local tribal warfare. His direct opposition to the slave trade incurred the enmity of the Yao.

He worked among the people of the Manganja country until January 1862, when he went on a supplies trip with a few members of his party. The boat they were travelling on sank in the Shire River and their medical supplies were lost. Mackenzie’s malaria could not be treated, and he died of Blackwater fever on this day 160 years ago, 31 January 1862, on Malo Island in Portuguese East Africa.

He was buried at Chiromo. Livingstone erected a cross over his grave a year later.

UMCA marked its centenary in 1957 within the context of decolonisation. By then, UMCA was collaborating increasingly with the Society for the Propagation of the Gospel (SPG). The two society’s merged in 1965, becoming USPG. USPG celebrated UMCA’s 150th anniversary in 2007, emphasising the continuing importance of global fellowship and mission.

1 They came to the other side of the lake, to the country of the Gerasenes. 2 And when he had stepped out of the boat, immediately a man out of the tombs with an unclean spirit met him. 3 He lived among the tombs; and no one could restrain him any more, even with a chain; 4 for he had often been restrained with shackles and chains, but the chains he wrenched apart, and the shackles he broke in pieces; and no one had the strength to subdue him. 5 Night and day among the tombs and on the mountains he was always howling and bruising himself with stones. 6 When he saw Jesus from a distance, he ran and bowed down before him; 7 and he shouted at the top of his voice, ‘What have you to do with me, Jesus, Son of the Most High God? I adjure you by God, do not torment me.’ 8 For he had said to him, ‘Come out of the man, you unclean spirit!’ 9 Then Jesus asked him, ‘What is your name?’ He replied, ‘My name is Legion; for we are many.’ 10 He begged him earnestly not to send them out of the country. 11 Now there on the hillside a great herd of swine was feeding; 12 and the unclean spirits begged him, ‘Send us into the swine; let us enter them.’ 13 So he gave them permission. And the unclean spirits came out and entered the swine; and the herd, numbering about two thousand, rushed down the steep bank into the lake, and were drowned in the lake.

14 The swineherds ran off and told it in the city and in the country. Then people came to see what it was that had happened. 15 They came to Jesus and saw the demoniac sitting there, clothed and in his right mind, the very man who had had the legion; and they were afraid. 16 Those who had seen what had happened to the demoniac and to the swine reported it. 17 Then they began to beg Jesus to leave their neighbourhood. 18 As he was getting into the boat, the man who had been possessed by demons begged him that he might be with him. 19 But Jesus refused, and said to him, ‘Go home to your friends, and tell them how much the Lord has done for you, and what mercy he has shown you.’ 20 And he went away and began to proclaim in the Decapolis how much Jesus had done for him; and everyone was amazed.

The Prayer in the USPG Prayer Diary today (31 January 2022, Charles Mackenzie) invites us to pray:

Today we give thanks for the life of Charles Mackenzie, and his work as leader of the Universities’ Mission to Central Africa and Missionary Bishop of Central Africa. 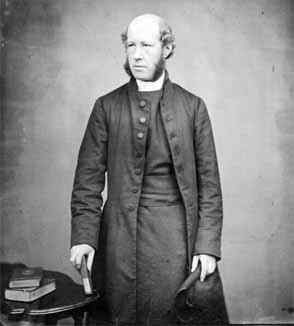