Praying through poems and
with USPG: 17 January 2023

‘Since Christmas they have lived with us, / Guileless and clear,/ Oval soul-animals …’ … balloons outside All Saints’ Church, Calverton (Photograph: Patrick Comerford, 2022) 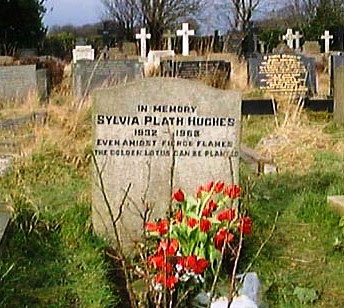 Sylvia Plath’s grave in the churchyard in Heptonstall, West Yorkshire

After reading ‘Sylvia’s Christmas Song’ by the Finnish poet Zachris Topelius, I decided in my choice of a seasonal poem this morning to return to ‘Balloons’ by the American-born poet Sylvia Plath (1932-1963).

This poem is an interesting commentary on the long, lingering days after Christmas, in January and into February. Sylvia Plath opens ‘Balloons’ with a description of how these days (for some) seem to drag on after Christmas, and how the Christmas decorations seem to linger a little longer than we expect, even in corners where we have forgotten them.

Sylvia Plath is buried in the new churchyard at Saint Thomas à Becket Church in Heptonstall, a small hilltop village above Hebden Bridge in West Yorkshire. She was married to the Poet Laureate Ted Hughes, who was from nearby Mytholmryd. Her headstone is regularly vandalised by visitors who remove his surname, because some of her fans – particularly women, and American women – believe he was responsible for her death.

The old church dedicated to Saint Thomas à Becket is now a ruin, but it is carefully maintained and is used occasionally for open-air services. There are three adjacent churchyards: the oldest, around the old church, is now closed; the second is around the new church; and the third and newer churchyard, across Back Lane, is where Sylvia Plath is buried.

Sylvia Plath died by suicide in London 60 years ago on 11 February 1963, following a long struggle with depression and a difficult and fraught marital separation. Six decades later, the story of her life and death, as well as her writing and legacy, are still marked by controversy.

She is credited with advancing the genre of confessional poetry and is best known for two collections, The Colossus and Other Poems and Ariel. In 1982, she was the first poet to receive a Pulitzer Prize posthumously, for The Collected Poems. She is also the author of The Bell Jar, a semi-autobiographical novel published under the pseudonym Victoria Lucas in 1963 shortly before her death.

Sylvia Plath was born in Boston in 1932 and published her first poem in the Boston Herald at the age of eight. Her German-born father Otto had been alienated from his family because of his decision not to be ordained a Lutheran minister. His death nine days after her eighth birthday had a deeply profound and lasting influence on her and shaped her personality and her writing. Raised as a Unitarian, she experienced a loss of faith after his death, and remained ambivalent about religion for the rest of her life.

While she was a student at Smith College in Massachusetts in the 1950s, she wrote over 400 poems. In 1955, she was awarded a Fulbright scholarship to study at Newnham College, Cambridge. She was enchanted with the groomed courts and crooked streets of Cambridge, and was often seen pedalling furiously around the town, her black gown billowing out behind.

In Cambridge, eventually, she met the English poet, Ted Hughes. Through his mother, Hughes claimed direct descent from Nicholas Ferrar, the founder of the Little Gidding community. When he met Sylvia Plath, Hughes had already graduated from Cambridge, where he had been an undergraduate at Pembroke College, and was living between London and Cambridge:

I am here;
I wait;
and he plays on the banks of the river Cam
like a casual faun.

The two were married by special licence from the Archbishop of Canterbury, Geoffrey Fisher, on 16 June 1956, in the Church of Saint George the Martyr, in Queen’s Square, Holborn, just a short stroll from the Bloomsbury offices of TS Eliot. They had chosen the day especially because it was Bloomsday.

Syvia Plath returned to Cambridge in October to begin her second year at Newnham. After some time in the US and Canada, they returned to England, and in 1960, at the age of 28, she published her first book, The Colossus in England.

For a while, Sylvia Plath and Ted Hughes lived in North Tawton, a country village in Devon, but their marriage began to break up less than two years after the birth of her first child.

In the cold winter of 1962-1963, she lived in poverty in a small flat in London, with her two small children – Frieda Rebecca, who is now a poet and children’s writer, and the late Nicholas Farrar Hughes, named after his ancestor, Nicholas Farrar of Little Gidding. Her flat in 23 Fitzroy Road was in a house where WB Yeats once lived. There that winter, the flat was cold, the pipes froze, there was no telephone, and the children were often ill with ’flu. But there she continued to write, often working between 4 and 8 a.m. before the children awoke, and at times finishing a poem a day. In those poems death is given a cruel, physical allure and psychic pain becomes almost tactile.

Early in the morning of 11 February 1963, Sylvia Plath succeeded in killing herself with cooking gas at the age of 30, while her children slept in the next room. She was buried in the churchyard in Heptonstall, beside Saint Thomas à Becket Church.

The Collected Poems of Sylvia Plath, published in 1981, was edited by Ted Hughes, who succeeded John Betjeman as Poet Laureate in 1984. In 1998, Hughes published Birthday Letters, a collection of 88 poems about their relationship. The book caused a sensation.

Ted Hughes died later that year, and his funeral took place in North Tawton, where he and Syliva Plath had lived for some time. Speaking at his funeral, Séamus Heaney said: ‘No death outside my immediate family has left me feeling more bereft. No death in my lifetime has hurt poets more. He was a tower of tenderness and strength, a great arch under which the least of poetry’s children could enter and feel secure. His creative powers were, as Shakespeare said, still crescent. By his death, the veil of poetry is rent and the walls of learning broken.’

Birthday Letters went on to win the Forward Poetry Prize, the TS Eliot Prize for Poetry and the Whitbread Poetry Prize.

The poem ‘Balloons’ was written by Sylvia Plath in 1963, less that a fortnight before she died by suicide. Both ‘Edge’ and ‘Balloons’ are dated 5 February 1963, but she left no indication of which poem was written first. These are the last two poems she wrote, and the last poems she submitted for publication. There are many parallels between ‘Balloons’ and ‘Full Moon and Little Frieda’ by Ted Hughes.

As Sylvia Plath was bipolar, some see ‘Balloons’ as a poem about the highs and the lows in her life, her moods like balloons that might pop, making life bleak once again. Others say she is hinting once again at a common theme found in her poetry – the loss of innocence, marked by the popping of a red balloon.

In ‘Balloons,’ Sylvia Plath writes about the joy and innocent beauty we can find even in the smallest and simplest of things. She is talking to her daughter while her son is playing with one of the balloons left over from the Christmas decorations.

The balloons fill the small, lively room with a myriad of colours. But the room is small and the balloons appear to ‘take up half the space.’ She compares the balloons with oval-shaped soul-animals. ‘Invisible air drifts’ make the balloons drift and they become ‘globes of this air’ that are mobile and that take us to places that we cannot be.

The world of fantasy all children believe in during the first phase of their lives is symbolised by these balloons. This other world is childish and typically idealistic, alien yet desirable.

The child exclaims: ‘Such queer moons we live with’ – giving us the impression that the balloons, like imagination, are present but incomprehensible. The child is in awe at the balloon, for while he feels the rubber between his fingers, the air inside is inaccessible.

This inaccessibility fuels the child’s curiosity and he tries to fathom his imaginations. Despite his confusion, he finds the balloons and his imagination are ‘delighting.’

The single word at the end of the second stanza catches the reader’s attention. The child is intrigued and shows a kind of childish ignorance.

The small boy looks through a red balloon that makes everything look pink – an altered world.

In the last stanza, out of curiosity, the boy bites into the balloon and tries to eat it. But the balloon pops, and all that remains is the balloon’s shredded remains, ‘A red/Shred in his little fist.’ He is neither angry nor upset, but contemplates the consequences of his action. Now he sees the world not in a different light, but as it really is.

Like Saint Thomas the Apostle, when we see reality we can realise the full beauty of the world presented to us, and seeing truly is believing.

The poet’s focus is not so much on worlds destroyed but on the wonder and beauty of unexpected change. The small boy is surprised, and yet is calm and contemplative. Childhood allows us to see the world as a beautiful, exciting place.

But at some point that innocence is lost when eventually we see the reality of our lives, and we see the real world as it is. All we are left with is a small piece of what made us see the world differently in the first place. The world is no longer lively with colours but is ‘clear as water.’ 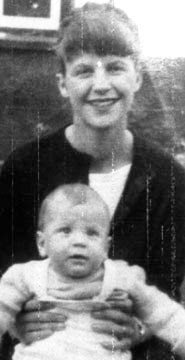 Since Christmas they have lived with us,
Guileless and clear,
Oval soul-animals,
Taking up half the space,
Moving and rubbing on the silk

Invisible air drifts,
Giving a shriek and pop
When attacked, then scooting to rest, barely trembling.
Yellow cathead, blue fish—
Such queer moons we live with

The heart like wishes or free
Peacocks blessing
Old ground with a feather
Beaten in starry metals.
Your small

Brother is making
His balloon squeak like a cat.
Seeming to see
A funny pink world he might eat on the other side of it,
He bites,

Then sits
Back, fat jug
Contemplating a world clear as water.
A red
Shred in his little fist.

Let us pray for honesty and integrity in our discussions around difference. May we search ourselves before judging others.

Sylvia Plath and Ted Hughes were married on 16 June 1956, in the Church of Saint George the Martyr, in Queen’s Square, Holborn (Photograph: Patrick Comerford, 2022)