‘The Story of the original CMK’, reminiscences of the people who shaped Central Milton Keynes … a Christmas present (Photograph: Patrick Comerford, 2023)

One of the Christmas presents I received from Charlotte is the book The Story of the original CMK, a unique set of reminiscences by the people who shaped the initial ideas of Central Milton Keynes.

This book, first published in 2007 by Living Archive of Milton Keynes, was commissioned by the Central Milton Keynes Project Board and is illustrated with over 150 full-colour and black-and-white photographs.

Here are the architects, designers, planners, landscape designers, engineers, surveyors, architectural technicians, finance and project managers – the 1970s CMK team who created the original city centre for Milton Keynes. They recall how the centre’s unique infrastructure and buildings came to be designed and built, and explain the thinking behind their work.

They recall their battles with government officials and authorities, with national and local traders, and with each other. They tell their stories of endeavour and frustration, of excitement and panic, and – above all – of their passion. 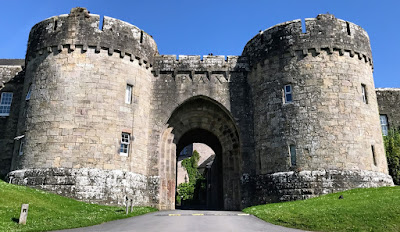 Most accounts of Lord Campbell’s life recall his family background in the sugar plantations of Guyana. But Jock Campbell’s obituary in The Independent in 1995 described how he was raised in Ireland.

John Middleton Campbell, Baron Campbell of Eskan (1912-1994), was born ‘with a silver sugar spoon in his mouth. He was the chair of Booker-McConnell in what was once British Guiana (1952-1967), he chaired the Commonwealth Sugar Exporters Association (1950-1984), and also chaired the New Statesman and Nation.

Jock Campbell was born on 8 August 1912. His father, Colin Algernon Campbell, was a son of William Middleton Campbell, Governor of the Bank of England (1907-1909). His mother, Mary Charlotte Gladys Barrington (1889-1981), was born on 13 September 1889 at Glenstal Castle, Co Limerick – now Glenstal Abbey, a Benedictine abbey and school.

Mary Campbell’s father, Jock Campbell’s grandfather, John Beatty Barrington (1859-1926) was a son of Sir Croker Barrington, 4th Baronet, of Glenstal Castle. He was baptised in Saint Stephen’s Church, Dublin, and educated at Charterhouse and Trinity College. Dublin. He was a land agent in Limerick for his father and later his brother, Sir Charles Burton Barrington (1848-1943), and for the Earl of Limerick.

He was a Justice of the Peace for Limerick City and County and for Co Tipperary, High Sheriff of Co Limerick (1912), and a member of Limerick County Council. He died in Dublin in 1926 and was buried in Mount Jerome Cemetery. He left an estate valued at £17,316, today’s equivalent of over €1.2 million.

During World War I, three-year-old Jock Campbell was sent for safety to the Barrington family home at Glenstal Castle, and spent much of the formative years of his childhood in Co Limerick. Later he was educated went to Eton and Oxford.

His family wealth was inherited from his paternal ancestor, John Campbell, a late 18th century Glasgow ship owner and merchant. This John Campbell established the family fortunes in the West Indies through the slave trade.

John Campbell supplied the slave plantations on the coast of Guiana, then a Dutch colony. By the 20th century, the company of Curtis, Campbell and Co was well established in British Guiana. 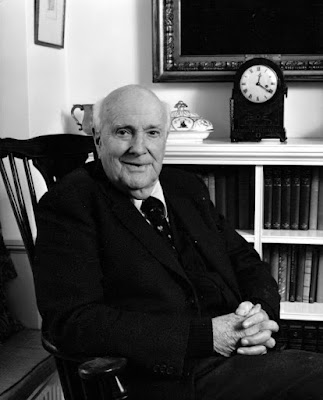 Jock Campbell, Lord Campbell of Eskan … ‘the prime reason that Milton Keynes has got the quality it’s got’

Jock Campbell often said his ancestors were de facto slave-owners. He abhorred slavery, and the urge to make good the misdeeds of his own family became the catalyst for his own reformist ideals.

He was sent to British Guiana in 1934 to take charge of the family estates. The Campbells owned Las Penitence Wharf on the Demerara River, Georgetown, and the Ogle and Albion estates further east, and he was shocked by the appalling conditions of the workers.

He soon initiated reforms and merged the family company with the giant Booker Brothers, McConnell and Co, where he became chair. Bookers behaved like a state within a state, owning almost all the colony’s sugar plantations and dominating the economic life of Guiana.

Campbell was convinced that every business has a responsibility towards its workers and that profit alone should not be the guiding principle of society.

He once said: ‘I believe that there should be values other than money in a civilised society. I believe that truth, beauty and goodness have a place. Moreover, I believe that if businessmen put money, profit, greed and acquisition among the highest virtues, they cannot be surprised if, for instance, nurses, teachers and ambulance men are inclined to do the same.’

In effect, Campbell became a socialist-capitalist. The sugar industry was transformed from a run-down, unprofitable, inhuman, paternalistic and plantocratic expatriate family concern into a rehabilitated, forward-looking, productive and dynamic enterprise.

Wages were vastly increased, 15,000 new houses were built in 75 housing areas, with clean water and roads and water, medical services were upgraded, malaria was eradicated, community centres were opened, and educational, welfare, sporting and library facilities were expanded. In an era of tremendous growth and change, the industry was revolutionised and sugar production grew from 170,000 tons to 350,000 tons.

Campbell’s key message was quite simple: People are more important than ships, shops and sugar estates. It was a principle that later inspired his vision for the new city at Milton Keynes.

Campbell was made a life peer by Harold Wilson in 1966 and took the title Baron Campbell of Eskan. He was active in the House of Lords as a Labour peer. Speaking in the House of Lords in 1971, he dissociated himself from his ancestors, saying ‘maximising profits cannot and should not be the sole purpose, or even the primary purpose, of business.’

Campbell was instrumental in initiating the Booker Prize for literature in 1969 through his friendship with Ian Fleming, author of the James Bond books. Bookers acquired a 51% share in Glidmore Productions, the company handling the royalties on Fleming’s books and the merchandising rights – although not the film rights. Bookers later acquired the copyrights of other well-known authors, including Agatha Christie, Dennis Wheatley, Georgette Heyer, Robert Bolt and Harold Pinter. In 2002, the prize was renamed the Man Booker Prize.

The large, central park initially called City Park, was renamed Campbell Park in his honour. A memorial stone by the fountain in reads simply Si monumentum requiris, circumspice (‘If you seek a monument, look about you’), referring to the urban landscape created by his team.

In The Story of the original CMK, Derek Walker describes Campbell as ‘a good old Socialist’ and David Hartley describes him as ‘the man who could fix anything’ and ‘a visionary.’

Fred Roche and Derek Walker were two ‘very individualist and very forceful thinkers, David Hartley recalls, and ‘Fred and Jock are the prime reason that Milton Keynes has got the quality it’s got.’