Saint Brigid’s Church,
Ardagh, is one of Hague’s
finest churches in Ireland 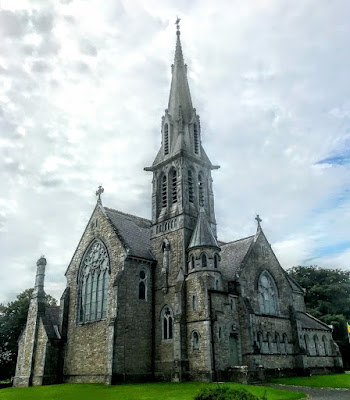 Close to the ruins of Saint Mel’s Cathedral in Ardagh and Saint Patrick’s Church, the 200-year-old Church of Ireland parish church, Saint Brigid’s Roman Catholic Church is a magnificent church that dominates the east approach into Ardagh.

Built in 1878-1881, it was design in the Gothic revival style by William Hague, a protégé of AWN Pugin. This spectacular church has an important place in the architectural heritage of Co Longford and is one of the finest Gothic revival churches in Ireland.

Saint Brigid’s Church was commissioned by Archdeacon James Reynolds and was completed under Monsignor James O’Farrell. It replaced an earlier ‘T-plan’ chapel at Ardagh, which stood to the east of the present site in the townland of Cross. The church was consecrated in 1905.

The church was designed by the architect William Hague (1836-1899), an eminent church architect of the day, and his church in Ardagh is considered to be one his best works. 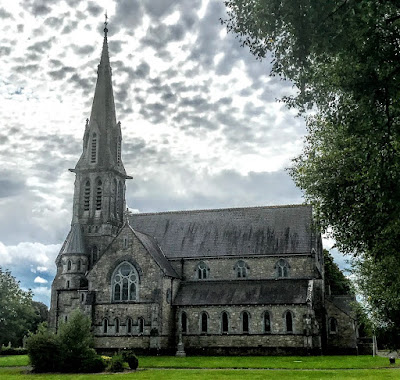 William Hague was born in Cavan in early 1836, the eldest of five sons of the builder William Hague and his wife, Catherine. As a pupil of the architect Charles Barry (1795-1860), best known for his role in rebuilding the palace of Westminster, Hague spent four years in Barry’s office.

After practising briefly as an architect in Cavan, Hague opened an office at 175 Great Brunswick Street, Dublin, in 1861. He established a flourishing practice, particularly as the designer of Roman Catholic churches, designing or altering 40 to 50 churches throughout Ireland, including Saint Patrick’s Cathedral, Armagh. He was a Fellow of the Royal Institute of Architects of Ireland (FRIAI, 1863) and a member of the Royal Society of Antiquaries of Ireland (RSAI).

Saint Brigid’s Church, Ardagh, is well composed and well massed, and it is richly ornamented throughout with cut stone carving of the very highest quality. The contrast between the yellow sandstone masonry and the grey limestone detailing creates a highly picturesque composition. The quality of the design, building materials and finishes are immediately apparent outside the church. Inside, the beauty of Hague’s design and work is overwhelming.

The church is built on a cruciform plan, with side aisles, a three-bay clerestory level, single-bay transepts on the north and the south, a chancel, a sacristy attached to the north-east corner of chancel, and a three-bay narthex at the entrance gable on the west side, which has an advanced central gabled entrance porch. 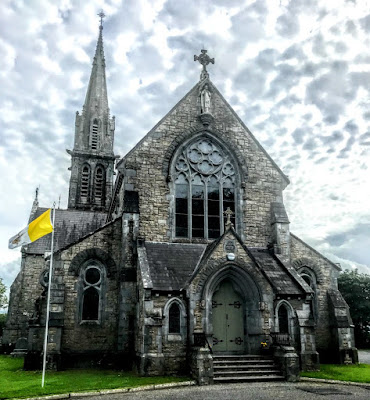 At the west front, the pointed arch entrance, which is approached by stone steps, has a dressed and rock-faced limestone block-and-start surround, ordered roll mouldings with a trifoliated inner order, and a pair of label stops in the form of cast heads of Saint Patrick and Saint Brigid.

The timber battened double leaf door have elaborate wrought-iron strap hinges. Above is a carved stone figure of Saint Brigid and carved limestone plaque with the date ‘AD 1881’.

The church has a four-stage bell tower that was finished in 1903. A niche with a carved stone figure of Saint Patrick can be seen on the east side of the bell tower. This tower was designed on a square-plan with a spire above at the angle of the chancel and the north transept, with a stair tower on square-plan attached to the north face of the tower, and a conical roof over. The spire has with cut stone waterspouts in the form of the four evangelists.

The tower and spire were completed around 1903 by the Dublin-born Thomas Francis McNamara (1867-1947), a partner of Hague and an accomplished and prolific architect whose pupils once included the stained-glass artist Harry Clarke.

There are carved limestone cross finials, a dressed limestone eaves course and corbels. The church has cast-iron rainwater goods with moulded hoppers, square-profile downpipes and fleur-de-lis wall brackets. There is a pair of coursed dressed limestone chimneystacks above the sacristy. 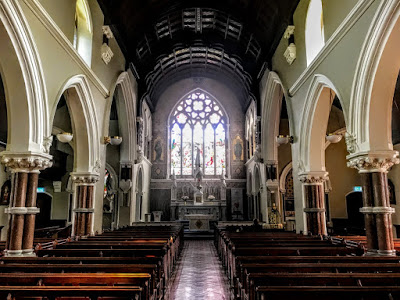 Inside, there is an arch braced timber boarded ceiling, and the wall mosaics are worth noting, not only because they are attractive and complex, but also because they are relatively rare in Ireland.

The wall mosaics in the side chapels, chancel, and south transept depict the Annunciation and Saint Brigid.

There is a marble reredos and altar rail with beautiful work in Irish and Italian marble. The high altar and altar rail were designed by Hague and carved by James Pearse (1839-1900), father of the sculptor Willie Pearse and the Patrick Pearse (1879-1916), one of the leaders of the Easter Rising in 1916. James Pearse’s other works include the reredos in Saint Mary’s Cathedral, Limerick. 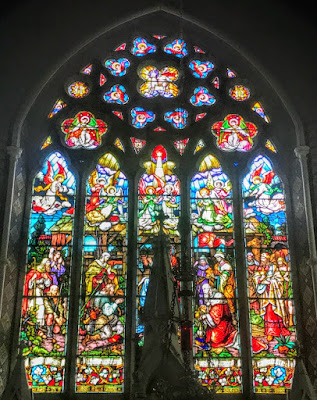 Other stained-glass windows in the church are by J Watson and Co of Youghal, Co Cork. The lancet windows in the side aisles have 20th century stained and painted glass. 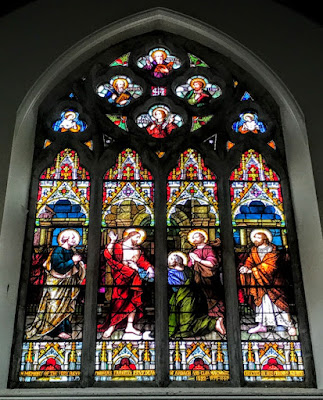 The three-bay arcade in the nave has alternating clustered polished granite and painted concrete columns, with cast heads to springing, carved stone shaft rings, and dressed limestone bases. Inside, there are stucco mouldings, capitals, corbels and polished granite colonnettes throughout the church too.

The carved stone Baptismal font has an elaborate gold painted metal cover on a pulley and chain system.

The graves of Archdeacon James Reynolds and Monsignor James O’Farrell are placed at the base of the side aisles on the inside. 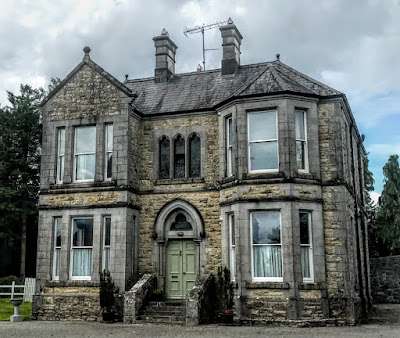 The neighbouring Parochial House or parish priest’s house was built in 1905 under the direction of Monsignor James O’Farrell. It was designed by Hague’s partner, the Dublin-born architect Thomas McNamara (1867-1947) of Hague and McNamara architects.

This is a detached, three-bay, two-storey house, with an advanced gabled bay to the south end of the front (east) elevation and a full-height canted bay window to the north end of the front elevation. Here too the contrast between the rock-faced yellow sandstone and the grey limestone creates an interesting tonal and textural variation to the façades.

There is an advanced bay with a single-storey canted bay window at the south elevation. There is a late 20th century single-storey extension behind the house.

This parochial house displays high quality craftsmanship throughout, and its deliberate asymmetry is typical of many substantial late Victorian and Edwardian buildings of this type. It is unusually grand and large for a parochial house in a small village, suggesting, and the intention may have been to highlight the place of Ardagh as the former seat of the Diocese of Ardagh. 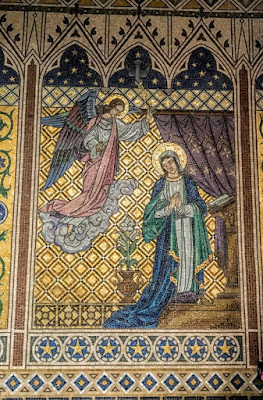