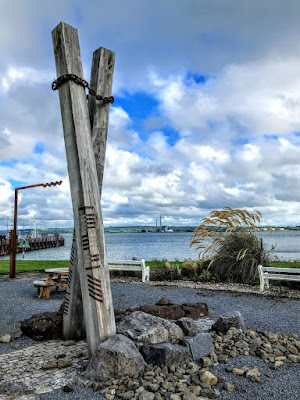 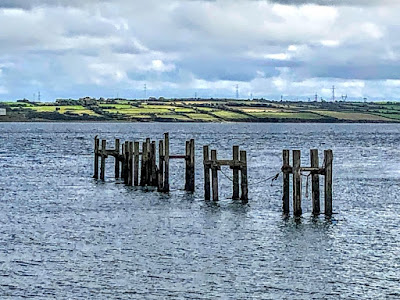 Thank you for another illuminating post. I share your enthusiasm for the Killimer ferry crossing, which I have written about here https://irishwaterwayshistory.com/abandoned-or-little-used-irish-waterways/the-lower-shannon/the-piers-quays-and-harbours-of-the-shannon-estuary/the-killimer-to-tarbert-ferry/ with my own tribute to the Colleen Bawn here https://irishwaterwayshistory.com/abandoned-or-little-used-irish-waterways/the-lower-shannon/the-piers-quays-and-harbours-of-the-shannon-estuary/the-colleen-bawn-at-killimer/. I don't quite agree that

In the mid-19th century, ferries sailed up and down the Shannon, rather than across the estuary.

The up-and-down traffic was more formalised, especially once the steamers replaced the sailing packets on the Limerick-Kilrush route, but there were several across routes too, as well as boats at various places taking passengers to and from the up-and-down steamers: they couldn't stop at all the smaller places, but could get passengers on board (the steamer Garryowen had steps on the paddle-boxes).

One interesting aspect is that it involved both Thomas Spring Rice and Daniel O'Connell: Rice, A determined magistrate and grand juror, [...] arrested Scanlan, the killer of the Colleen Bawn, in November 1819, whereas O'Connell defended him. Later, Rice and O'Connell were perhaps the leading spokesmen for two competing visions of Ireland. On 22 April 1834 O'Connell spoke in the House of Commons, in favour of repeal of the Act of Union, for five hours. On the following day, Rice responded, speaking for six hours. Perhaps there is something to be said for Twitter. https://irishwaterwayshistory.com/2012/09/21/wordling-repeal/

Yet they were both honest men, near neighbours and, in their different ways and according to their own lights, active in promoting the economic and social welfare of their counties and of the whole country.