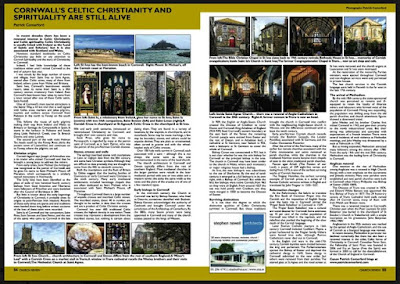 I begin my monthly columns in the Church Review this year by taking a look at Celtic Spirituality in Cornwall.

The feature, with 16 of my photographs from towns and churches throughout Cornwall, is published in a double-page, colour spread in the January 2020 edition of the Church Review, the magazine of the Diocese of Dublin and Glendalough, which goes on distribution in parishes on Sunday morning.

But more about that on this blog, hopefully, on Sunday afternoon HERE, after the Church Review has been published.